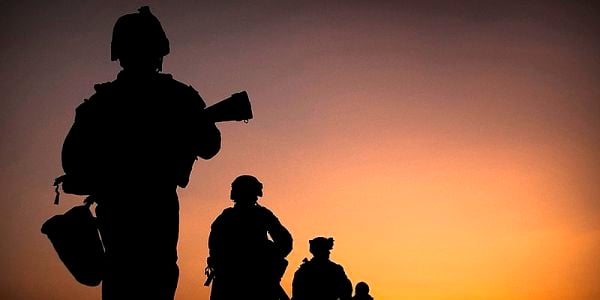 Hundreds of Afghans turned out into the streets of their country this week to chant anti-Pakistan slogans amid the Taliban takeover of their nation, a move facilitated by U.S. President Joe Biden’s abrupt pullout of American troops.

It’s because, according to a report from the Middle East Media Research Institute, they recognize the Taliban as being fomented by Pakistani interests.

MEMRI reported, “Hundreds of Afghans – most of whom were women defying the Taliban jihadis patrolling public life in Afghanistan – turned out in the streets of Kabul chanting anti-Pakistan, anti-Taliban slogans.”

Among the slogans was, “Pakistan, Pakistan, Leave Afghanistan” and “Freedom, Freedom.”

They were demanding the closure of the Pakistan Embassy in Kabul.

The protests also appeared in Herat and other cities, and, MEMRI documents, “reflect a deeply buried understanding among Afghans that it was the Pakistani military’s Inter-Services Intelligence that planned and engineered a long-running bloodshed in Afghanistan that has gone on for the past four decades by aiding and nurturing the current Afghan Taliban leaders after 9/11 and their predecessors, with American and Saudi aid, during the 1980s.”

It was in that context that ISI chief Lt. Gen. Faiz Hameed traveled to Kabul just days ago, in what was a “reminder to Afghans that Pakistan is the new invader of Afghanistan through its proxy: the Islamic Emirate, the Afghan Taliban organization.

He was there to “mentor the Afghan Taliban leaders on forming a government that is to Pakistan’s liking,” the report said.

The Pakistani ISI is known, the report said, for creating and supporting jihadi terror in Pakistan and nearby regions.

“The ISI played ‘a direct role’ in a major terror attack on the U.S. Embassy in Kabul,” the report said, according to testimony from Adm. Mike Mullen, then chairman of the Joint Chiefs of Staff, before the U.S. Senate Armed Services Committee in 2011.

He said the ISI used the Haqqani Network of the Afghan Taliban to attack the U.S. Embassy.

“The Haqqani network acts as a veritable arm of Pakistan’s Inter-Services Intelligence agency,” he explained.

The report said given the influences on the Taliban terrorists, Sirajuddin Haqqani, the chief of the Haqqani Network of the Islamic Emirate, was appointed acting interior minister of Afghanistan.

He’s also listed among the FBI’s Most Wanted Terrorists, and that agency describes its interest: “Sirajuddin Haqqani is wanted for questioning in connection with the January 2008 attack on a hotel in Kabul, Afghanistan, that killed six people, including an American citizen. He is believed to have coordinated and participated in cross-border attacks against United States and coalition forces in Afghanistan. Haqqani also allegedly was involved in the planning of the assassination attempt on Afghan President Hamid Karzai in 2008.”

MEMRI explained, “Afghans are now realizing that the Haqqani Network, which is the most influential jihadi unit of the Islamic Emirate, is a proxy through which Pakistan will once again rule over Afghanistan. This realization is behind the eruption of anti-Pakistan protests that the Afghan Taliban, whom former Pakistani Prime Minister Benazir Bhutto once described as ‘our children,’ are trying to curb in Afghanistan.”

The report noted that the Taliban immediately abolished the Ministry of Women’s Affairs when it took control of the region.