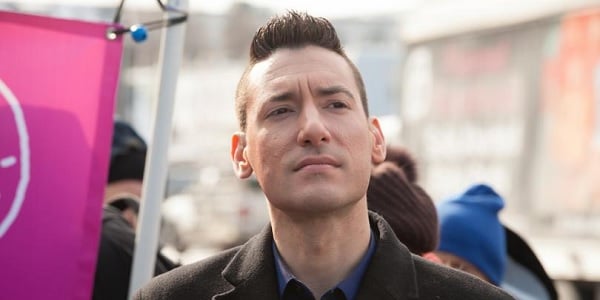 The man whose undercover videos from 2015 revealed the American abortion industry’s baby-body-parts-for-sale schemes now has turned his focus on the University of Pittsburgh.

David Daleiden, chief of the American Center for Medical Progress, still is fighting over the videos that documented American abortion industry leaders talking about how much pay they wanted for the pieces of aborted babies – one said she wanted more money so she could buy a Lamborghini.

Multiple lawsuits have resulted, including a judgment against him and his organization that he still is fighting. That came in the courtroom of a federal judge who reportedly helped fund a Planned Parenthood business at a “resource” center where he was on the board – but still refused to remove himself from the abortion case.

Now Daleiden has written a commentary in Newsweek about the University of Pittsburgh, which, he said, hosts “disturbing and barbaric government-sponsored experiments on aborted babies: infant scalping, exporting fetal kidneys and killing live-aborted infants by organ harvesting. Mounting evidence connects Planned Parenthood to it all.”

He explained he testified on the topic before the state legislature. He pointed out that the school “stonewalled” lawmakers’ questions.

“In one study published last year, Pitt scientists described scalping 5-month-old aborted babies to stitch onto the backs of lab rats. They wrote about how they cut the scalps from the heads and backs of the babies, scraping off the ‘excess fat’ under the baby skin before stitching it onto the rats. They even included photos of the babies’ hair growing out of the scalps. Each scalp belonged to a little Pennsylvania baby whose head would grow those same hairs if he or she were not aborted for experiments with lab rats,” he bluntly explained.

“The published study used both rats and mice to grow the babies’ scalps. How was this paid for? With a $430,000 grant from Dr. Anthony Fauci’s NIAID office at the NIH,” he wrote.

His criticisms on the school continued:

“Previously, I wrote about another Pitt scientist who developed a nightmarish ‘protocol’ for harvesting the freshest, most pristine livers from 5-month-old aborted babies in order to isolate massive numbers of stem cells for experimental transplants. This technique calls for aborting late-term fetuses alive via labor induction, rushing them to a sterile laboratory, washing them and then cutting them open to harvest the liver. This Pitt scientist received $3 million from the NIH.”

He pointed out that beginning in 2016, Pitt got $1.4 million from the NIH in grants to run a distribution “hub” for aborted fetal kidneys and other organs.

“Pennsylvania law makes experimentation on a living fetus or failure to provide immediate medical care to a born-alive infant a third-degree felony. Sadly, fetal experimentation, including on babies delivered alive in late-term abortions, has been documented at Pitt for decades,” he wrote.

He said the links to Planned Parenthood’s abortion business interests are there, too.

“Pitt’s fetal research projects generally obtain fetal tissue through the university’s tissue bank from local abortion providers. Two years ago, sources told me Pittsburgh was one of the major hubs of the FBI’s investigation into Planned Parenthood’s human trafficking of aborted fetuses. Planned Parenthood Western Pennsylvania (PPWP) abortion providers, who were on staff at Pitt, confirmed this information. When I was undercover, they told me they supply the university’s tissue bank,” he said.

The Federalist reported earlier that the judge in Daleiden’s case, William Orrick, had been nominated to the post after serving as a major donor to and bundler for Barack Obama.

“Both Orrick and his wife are longtime donors to San Francisco’s Good Samaritan Family Resource Center (GSFRC), where Orrick was a board member and helped fund and open a Planned Parenthood clinic on its site. That clinic sold fetal tissue to StemExpress, a for-profit wholesaler exposed by CMP’s videos and reporting,” The Federalist reported.

Here are two of the videos released by CMP: