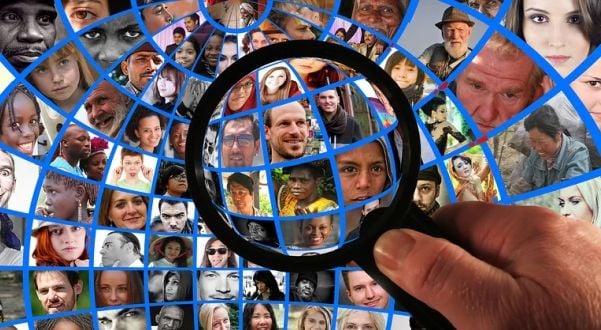 Joe Biden has been accused of manipulating the results of the 2020 U.S. Census, which missed its deadline by months because of the COVID-19 pandemic, for political gain.

A letter dispatched by 17 members of Congress noted that they were referred by the Census Bureau to the White House for their questions about dramatic variances between estimates of population released just months ago, and the final results released this week.

The Census is supposed to be bipartisan, and the White House would not normally have a role in it.

But the letter demands from Commerce Secretary Gina Raimondo answers to questions about whether there was “any political interference” in the final numbers, which are used to determine which states get how many members in the U.S. House.

The letter, dated on Friday, said the representatives need to have answers “about the methodology and the role the Biden White House may have played in releasing these numbers, especially as the results differ from evaluation estimates released mere months ago in ways that benefit blue states over red states.”

They letter notes Texas is poised to gain two seats, Colorado, Florida, Montana, North Carolina and Oregon each one, with California, Illinois, Michigan, New York, Ohio, Pennsylvania and West Virginia each losing one.

First, they expressed alarm at the process.

“When our staff contacted the Census Bureau on the morning of the release with questions about the apportionment count, they were referred by Census officials to the White House for questions. Yet the statute is clear: it is the Secretary of Commerce who reports the apportionment count to the president, not the other way around. Referring our staff’s questions to the White House … is entirely inappropriate, and raises questions about the level of White House involvement in the process.”

They cited Democrat complaints earlier that the administration of President Trump was “using” the Census process.

“President Biden has done just that. Even as President Trump sought to ensure the accuracy of the 2020 Census apportionment results by excluding illegal aliens from the apportionment count, President Biden reversed course, deciding to dilute American citi9zens’ representational interests by rescinding this commonsense measure,” they said.

They noted “liberal states” may have lost even more seats if illegal aliens had not been counted.

Then they noted that the numbers for some states “are strikingly differen”t from the population evaluation estimates released just months ago.

“Likewise, states such as New Jersey and Illinois experienced large population increases of hundreds of thousands of individuals,” they noted.

The members of Congress ask for, by May 14, “all documents and communications” over the last six or eight months on the independence of the audit, documents about any analysis of an error rate, exactly who approved or denied final apportionment numbers, documents indicating who in the president’s office was involved in the numbers, and more.

The letter was signed by Rep. James Comer, ranking member of the Committee on Oversight and Reform, and more than a dozen more.

Fox News noted the GOP representatives wrote, “New York was estimated to have a population of 19,336,776, but was attributed an apportionment population much greater than that of 20,215,751, a difference of nearly 900,000 individuals.”

Estimates earlier had suggested Texas was going to gain three seats, not two, and the importance of a single congressional seat can be seen in the current Democrat “majority” in the 50-50 Senate, which is run by Democrats only by virtue of the vice president’s tie-breaking ability.