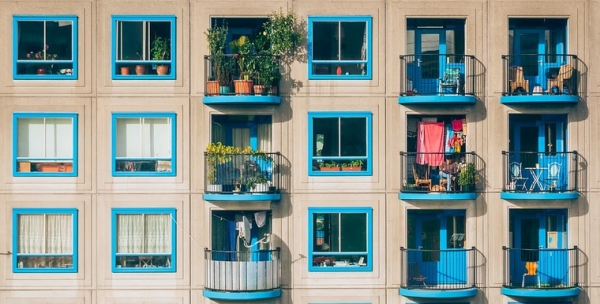 An appeals court has been informed that Joe Biden and his administration violated the law in nine ways when officials arbitrarily changed the definitions in the Fair Housing Act to give transgenders special protections.

The issue is pending now before the 8th U.S. Circuit Court of Appeals where the Alliance Defending Freedom has filed a brief in support of a challenge to the changes from College of the Ozarks, a private Christian college that would be forced to open its dorms and shower facilities to either sex under Biden’s plan.

The college contends the government cannot force it to violate its traditional Christian beliefs, and that’s exactly what a directive from the U.S. Department of Housing and Urban Development would do if allowed to stand.

The HUD demand would require that religious schools treat men who call themselves women as women – for housing, shared shower spaces and more.

“President Biden’s directive is targeting religious schools, organizations, and churches simply because of their beliefs about marriage and biological sex. We are pleased the 8th Circuit granted our request to expedite this case, which has important ramifications for College of the Ozarks and others who seek to freely operate according to their faith tradition and beliefs.”

The school’s opening brief charges that Biden violated the law nine ways in changing the definitions.

He first skipped a required notice and comment period, imposed his will in an arbitrary and capricious manner, lacked statutory authority, violated the First Amendment’s freedoms of speech, assembly, and association, violated the Appointments Clause, failed to follow the Regulatory Flexibility Act, refused the follow the principles of federalism, violated the Religious Freedom Restoration Act and violated the Constitution’s free exercise of religion.

Biden is threatening massive fines, punitive damages and lawyers’ fees against schools unless they violate their faith by opening girls’ dorms to biological males and vice versa.

The directive that came from HUD demands an elimination of “discrimination” based on sexual orientation or gender identity.

The case is on an accelerated schedule granted by the 8th Circuit.

The directive literally goes back in time and states that when the Fair Housing Act banned discrimination on sex, which meant male or female, lawmakers also intended that “sex” would mean sexual orientation and gender identity.

“The government’s directive jeopardizes the college’s speech, its biologically separate dorms, and the students who live there—all without public notice and comment, or any consideration of religious exemptions, statutory authority, or free speech…,” the brief explains.

“The college faces a credible threat of enforcement because the directive repeatedly mandates ‘full enforcement,’ laments that full enforcement of its new legal standard has never yet occurred, and says nothing about religious or free-speech protections. This threat forces the college to choose between harming its students and violating its religious beliefs, or risking massive fines, investigatory burdens, lawsuits, and criminal penalties.”

Incalculable damage would result were Biden allowed to get away with what is described as unconstitutional actions, the brief notes.

“Were the college to comply with the government’s new mandate, the college would suffer immeasurable harm to its religious exercise, its free speech, and its students’ privacy interests. Abandoning its code of conduct and opening female private spaces to biological men jeopardizes the colleges’ ability to function, harms students, and dissuades them from attending the college.”

It was Barack Obama who tried to advance such an agenda – forcing Christian organizations and individuals to violate their faith in allegiance to the transgender ideology – but President Trump, when he was in office, reversed course.

The Biden administration, already, has questioned “whether the college’s opposition to compliance with the directive is ‘really compelled’ by its religion…”

The government also has been imposing its new definition of “sex” in other areas, in emergency shelters, in college sports, and more. Multiple other lawsuits are pending over those agenda points.

The college is likely to win, the brief explains, because “as every court held for decades, the FHA’s text prohibits discrimination based on sex, no sexual orientation or gender identity.” And, in fact, the Biden administration claimed the First Amendment does not protect the college’s speech “at all.”

It was Judge Roseann Ketchmark, appointed by Obama, who dismissed the case at the lower court level. She claimed the argument was “not justiciable,” meaning it could not be addressed by courts.