Biden claims to have desegregated restaurants and movie theaters 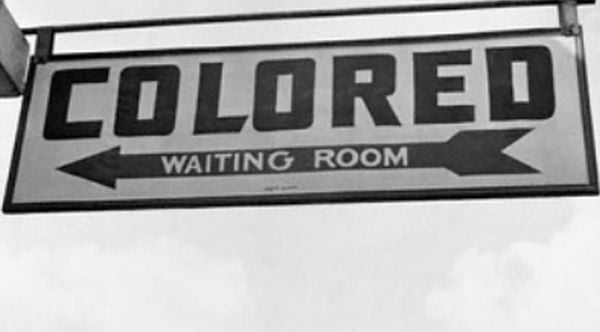 There a component of Joe Biden’s speeches that goes way beyond his decades-long penchant for verbal stumbles, fumbles and gaffes.

It was on Friday at a commencement address at South Carolina State in Orangeburg that he claimed to have been the one going out to desegregate restaurants and movie theaters.

During the civil rights movement.

This is completely FALSE. pic.twitter.com/umUMAtlpsP

He said, “I got started in politics because of the civil rights movement. I noticed some of you were looking … thought you were wondering how does he know the black national anthem. Because I sat in a black church after going to the 7 o’clock mass and … getting ready to go out and desegregate restaurants and movie theaters.”

“This is completely FALSE,” warned the GOP.

Actually, his civil records record is something else. Online, a video was posted revealing his comments against ending school segregation by using desegregated busing.”

BIDEN’S RACISM
Joe Biden was 100% against ending school segregation by using desegregated busing. He even “predicted” that young Black Leaders would side with him. He is trying rewrite history. pic.twitter.com/wC7u79pZaX

Another time, he stated, “I was not an activist. I was not marching. I was not down in Selma,” according to a report from Gateway Pundit.

BIDEN’S RACISM
Joe Biden was 100% against ending school segregation by using desegregated busing. He even “predicted” that young Black Leaders would side with him. He is trying rewrite history. pic.twitter.com/wC7u79pZaX

It was only a few weeks ago that the New York Post tore into Biden for lying.

“President Joe Biden keeps telling lies. He just told a New Hampshire crowd of ‘having had a house burn down with my wife in it — she got out safely, God willing.’ In fact, the Associated Press reports, it was a minor kitchen fire, with no damage visible from outside,” the report said.

“Nor can he stop talking about a chat with an Amtrak conductor in his seventh year as vice president, when the guy retired 15 years before Biden became veep and had died by the year of the tale,” the Post said. “Biden claims he was offered a job by an Idaho lumber company; they have no record. He claims he ‘used to drive’ an 18-wheeler — it didn’t happen. He’s said he visited Pittsburgh’s Tree of Life synagogue after the 2018 massacre, speaking to the rabbi, when the synagogue says he’s never even been there.”

It continued, “It would be bad enough if Biden only told personal tall tales. But his reality distortion field now extends to national policy. He routinely insists ‘all the economists’ back his plans, writes off inflation as a temporary spike, insists the border surge is just ‘seasonal,’ even calls his disastrous Afghan bugout a ‘success”'(while falsely claiming his generals didn’t object).

“Truth just doesn’t matter: He’ll say whatever he likes to get past the moment. He got away with it for most of his life because nobody bothers to fact-check a Delaware senator.

“Now he’s president, and his lies are going to hurt us all.”

Joe Concha at Fox News wasn’t much easier on Biden.

‘So, are we starting to catch on that maybe — just maybe – the 46th president of the United States isn’t the second coming of George Washington on the truth-telling front? Exhibit Z occurred … when Mr. Biden visited a truck plant in Pennsylvania and declared to workers that he used to drive an 18 wheeler.”

He continued, “I was asked about this recently during an interview on Fox Business with David Asman where I joked that Biden had taken an 18-wheeler straight to South Africa to see Nelson Mandela before being arrested. Now, of course, that didn’t happen. But Biden did say once he was arrested trying to visit with Mandela in South Africa. Again, that never happened.”

“Joe Biden is also the guy who said as president the new Georgia voting law prevents working people from getting to the polls before they get off work. Lie. He also said the Second Amendment bans cannons. Lie. And he said that if you get vaccinated, you can’t get COVID. He said that just last week to Don Lemon at the CNN town hall. Lie.”

The commentary noted Biden had to “pull out” of the 1988 race for president.

“Why? Plagiarism, of course.”

On Friday, Biden wasn’t done with just the claim about desegregating restaurants.