Biden flips: Life does not begin at conception 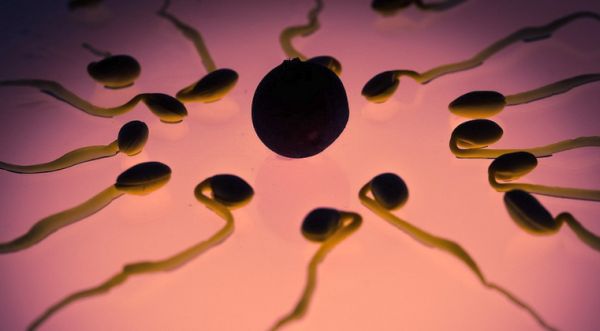 Just six years ago, President Biden affirmed the stance of the Roman Catholic Church to which he belongs, agreeing that life begins at conception.

But on Friday, two days after the landmark Texas abortion went into effect, Biden indicated he has reversed his position.

“I respect those who believe life begins in the moment of conception – I respect that,” he told reporters at a press conference. “Don’t agree but I respect that.”

In contrast, Biden said in a 2015 interview that he was “prepared to accept that at the moment of conception there’s human life and being, but I’m not prepared to say that to other God-fearing, non-God-fearing people that have a different view.

Biden in 2015: “I’m prepared to accept that the moment of conception is a human life and being.” pic.twitter.com/1ZPCVWjxJY

In 2008, he said he was “prepared as a matter of faith to accept that life begins at the moment of conception.”

During the 2020 Democratic Party presidential primary, Biden dropped his support of the Hyde Amendment amid criticism from his rivals. The amendment bans federal funding of abortion abroad.

“If I believe health care is a right, as I do, I can no longer support an amendment that makes that right dependent on someone’s ZIP code,” he said in June 2019, adding that he had “no apologies” for his previous stance.

Time magazine noted Biden’s change on Roe v. Wade. In 1981, the magazine recalled, he supported a constitutional amendment that would enable states to overturn the ruling.

But in his 2007 book, “Promises to Keep” — which coincided with a run for president — he wrote that while he is “personally opposed to abortion,” he didn’t think he had the “right to impose [his] view on the rest of society.”

Abortion and infanticide, the Catholic Catechism states, “are abominable crimes.”

“The inalienable rights of the person must be recognized and respected by civil society and the political authority,” it says.

Joe Biden just said at the White House that he disagrees that life begins at conception.

The same Joe Biden previously said that Roe v. Wade was wrongly decided and “abortion is wrong from the moment of conception”

The Texas Heartbeat Act, beginning Sept. 1, bans abortions after a fetal heartbeat can be detected, which can happen as early as six weeks after conception. Citizens also can enforce the ban through private lawsuits.

After the Supreme Court, in a 5-4 vote, rejected an emergency request to block the law, Biden announced a “whole-of-government” response, directing his administration on Thursday to explore “what steps the Federal Government can take to ensure that women in Texas have access to safe and legal abortions.”

On Thursday, White House Press Secretary Jen Psaki snapped at a reporter with the Catholic broadcaster EWTN who asked how Biden could support abortion if he is Catholic.

“He believes that it’s a woman’s right, it’s her body and it’s her choice,” she replied curtly.

The reporter, Owen Jensen, followed up, asking, “Who does he believe, then, should look out for the unborn child?”