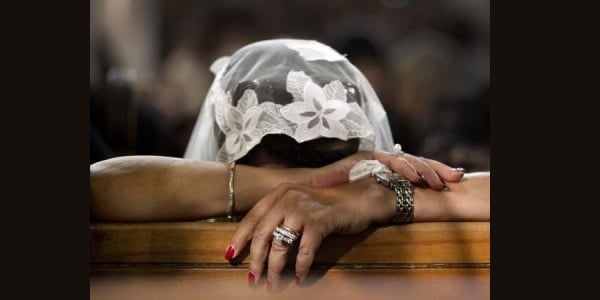 Joe Biden’s administration in Washington pretty much has had a single focus so far – undoing anything and everything that President Trump accomplished.

Taxes are heading up now, the border is being opened up wide, abortion funding is being authorized, Iran is being appeased, and more.

Now that agenda includes backing away from Trump’s goal of promoting religious freedom abroad and that is sparking fears of persecution.

The Free Beacon reported the move could affect “America’s ability to protect religious minorities in China, the Middle East, and beyond.”

The “Biden White House is backing away from advocacy for religious freedom abroad at a time when unscrupulous regimes are cracking down on religious minorities in China, Ethiopia, and across the Middle East,” the report explained.

Biden also has failed so far to appoint candidates for “several key positions at the State Department and the National Security Council dedicated to religious freedom,” the report confirmed.

What was confirmed was that the State Department wouldn’t comment on nominees, and the White House wouldn’t respond either.

Enos explained in the Beacon report that the Trump administration actually sanctioned Chinese Communist Party members for their violation of religious rights, but if the Biden administration drops those actions, it could “weaken America’s ability to hold China accountable.”

Persecution of minorities in Ethiopia, Nigeria and other locations has been raising concerns.

Critics of the president also have pointed out that he fired the general counsel for the Equal Employment Opportunity Commission, a non-partisan position.

And the dismissal of EEOC lawyer Sharon Gustafson, appointed in 2019 for a term scheduled to end in 2023, reflects Biden’s intolerance of religious rights, they said.

BizPacReview reported the Biden administration dismissed Gustafson allegedly because they regarded her as “anti-LGBTQ.”

Democrats are supporting their so-called Equality Act, which would prioritize LGBT rights over First Amendment’s protections of free speech and the exercise of religion.

Gustafson herself charged, “I can only assume that my resignation would be followed by similar suppression of our work promoting religious freedom.”

Gustafson explained: “During my term, I established a Religious Discrimination Work Group that hosted a series of Listening Sessions in which a diverse group of representatives – including Christians, Hindus, Jews, Muslims, and Sikhs – recommended ways the EEOC could improve its response to employees who experience religious discrimination.

“The Work Group built on a 2016 initiative of the Obama-Biden White House and Department of Justice to promote religious freedom and combat religious discrimination.”

She said her report was published on the EEOC’s website in January, but shortly after Biden took office, “the report and press release were removed.”

Rep. Virginia Foxx, R-N.C., said: “This is a pattern. President Biden calls for the end to ‘partisan warfare,’ only to turn around and demand that Senate-confirmed officials resign so he can make room for his left-wing friends.”

Foxx said Biden “should take a note from General Counsel Gustafson, who stuck to her commitment and refused to cave to partisan pressure.”