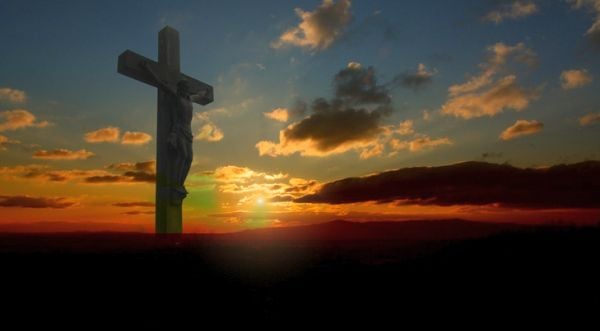 American is a diverse country, religiously as well as in other ways. That means most presidential administrations will have Christians, Catholics, atheists, Buddhists, Muslims and more.

But Joe Biden’s administration has added a new one: “So-called Catholics.”

The report explains Strickland was reacting to the latest attacks on religious freedom from Biden and his appointees.

In this situation, he was commenting on Biden’s moves to revoke waivers for faith-based child welfare groups that allowed them to follow their faith.

Those changes are coming from Xavier Becerra, a radical abortion promoter who was named Human Services secretary by Biden.

“More brokenness from so[-]called Catholics,” Strickland, of Tyler, Texas, told Fox News. He added that “maybe we should send him a Catechism.”

That lays out doctrine for those who are Catholic, and it explains religious liberty is a “natural right.”

The fight had come up under the Barack Obama administration when he tried repeatedly to make religious faith an inferior right, such as in Obamacare’s demand that Christians fund abortions and more.

Further, a ruling from the Supreme Court recently said a Christian foster agency could operate by its faith, even though a city’s “nondiscrimination” procedures required it to refer to same-sex duos.

The report said HHS announced just days ago it would revoke waivers for faith-based entities, “such as foster care organizations that refused to serve same-sex couples.”

Becerra ironically claimed that was treating “any violation of civil rights or religious freedoms seriously.”

When the department announced its crackdown on faith, it said allowing those individuals or groups to follow their faith was “inconsistent with the department’s critical goal of combating discrimination based on religion, sexual orientation, and gender identity.”

Essentially it determined that the newly created same-sex “rights” were more important than the religious rights the Founders said came from “our Creator” and were protected in the Constitution.

The report said Biden also is a “self-described Catholic” who has been criticized over and over by the U.S. Conference of Catholic Bishops for its anti-Christian perspectives on abortion, sexuality and gender issues.

WND reported just months ago that Biden, who claims to be a devout Catholic, actually was causing “rifts” in the faith.

It was Time magazine that said,” Within days of his victory, 10 of the nation’s most powerful bishops took the extraordinary step of launching a ‘working group’ on how to approach a Catholic President like Joe Biden. The panel met twice over Zoom, in December and January. Led by Archbishop Allen Vigneron of Detroit, it included New York’s Cardinal Timothy Dolan, who offered prayers at President Trump’s 2017 Inauguration, the 2020 Republican National Convention and both parties’ conventions in 2012, as well as San Francisco’s Archbishop Salvatore Cordileone and Archbishop Joseph Naumann of Kansas City, Kansas, both of whom have suggested Biden should be denied the sacred rite of Communion for his stance on abortion. On the table in the discussions, according to three Catholic officials familiar with the group’s work, were the questions of how to respond to Biden’s policies that conflict with Catholic teaching and, according to one, ‘how to save Biden’s soul.'”

Then a new list released by the Catholic League for Religious and Civil Rights reveals 32 times, just since he took office, that Biden is considered to have violated church teachings.

The conflict mainly is over Biden’s professed advocacy for unlimited and unrestricted abortion on demand – which is a direct violation of church instructions.

The Federalist explained the list was sent to all bishops in the U.S.

“Biden, who used his Irish Catholic identity to help win over Catholic voters, has said that his ‘idea of self, of family, of community, of the wider world comes straight from my religion.’ Despite his religious rhetoric, however, Catholic League President Bill Donohue said there have been ‘many instances where his decision-making on important moral issues is at variance with established Catholic teachings,'” the report said.

Archbishop Joseph Naumann of Kansas City contended the president needs to be honest, “stop defining himself as a devout Catholic” and admit that his support for the killing of the unborn violates with the church’s unequivocal stance on the sanctity of life.