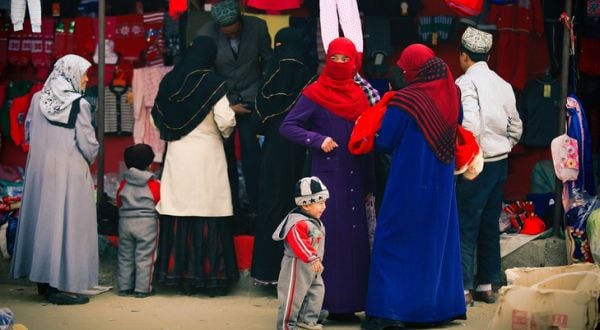 A senior fellow at the American Enterprise Institute who advised President George W. Bush on Iran and Iraq from his post in the Pentagon at the time says Joe Biden is failing on the issue of human rights.

Specifically, Biden’s administration “actively seeks to dilute provisions against slave labor” in his interactions with China, charged Michael Rubin in a report at Just the News.

In fact, John Kerry, Biden’s special appointee on climate change, has stated several times the issue of slave labor in China is not in his “lane” which focuses on climate change issues, so he’s not addressing it with China.

“Biden may talk the talk, but his administration’s human rights record already makes Donald Trump appear like Mother Theresa,” Rubin said in the interview with Just the News.

He pointed out recent reports confirming that Kerry, as well as Wendy Sherman, a deputy secretary of state, “pushed Congress to water down the language of a bill meant to prohibit the importation of goods from China made with Uyghur slave labor,” the report said.

The comments come as Biden is holding, later this week, a virtual “Summit for Democracy” with leaders of other nations.

He had campaigned on a promise to assemble such a discussion.

“We will organize and host in the United States, during the first year of my administration, a global Summit for Democracy to renew the spirit and shared purpose of the nations of the Free World,” he promised in a campaign address.

After his administration was installed in Washington, his secretary of state, Antony Blinken, promised to “put human rights at the center of U.S. foreign policy.”

But the report explained David Adesnik, of the Foundation for Defense of Democracies, warned Biden’s actions don’t match his claims about focusing on human rights.

In Afghanistan, for example, Rubin said.

“Biden abandoned millions of Afghans to the Taliban,” Rubin explained. “Biden may want to forget Afghanistan, but his true legacy there is the forced marriage of nine-year-old girls to husbands seven times their age and the serving up to death squads of those who put their and their families’ lives on the line for the United States.”

In fact, Taliban officials already have admitted they are returning to executions of opponents during their rule, and a human rights organization says it has documented some 100 executions already by the Taliban.

“President Biden said he would be committed to a foreign policy centered on human rights,” explained Sarah Holewinski, of Human Rights Watch.

But she said that’s only “partly” what’s happened.

The administration’s “missteps” include selling arms and giving aid to Saudi Arabia, the Philippines, and Egypt, countries with “abysmal human rights records,” she said.

Just the News confirmed, “In response to a query about whether the Biden administration has lived up to its pledges to defend human rights, a State Department spokesperson sent several examples of ‘U.S. leadership and commitment to countering authoritarianism, combating corruption, and promoting democracy globally.'”

Those included visa restrictions against 31 individuals in seven countries for their involvement in corruption, the designation of 300 people connected to serious human rights abuse or corruption under the Global Magnitsky sanctions program, and the imposition of sanctions against 44 individuals and entities following Belarus’s fraudulent presidential election, among others, Just the News confirmed.

But the claims didn’t persuade Rubin.

“When historians look back on the Biden era, they will see the Biden administration as the time when cynicism reigned supreme but actual protection of human rights marked a historic low point. The only good news about Biden and human rights is that things can’t possibly get any worse, and there’s no place to go but up,” he said.