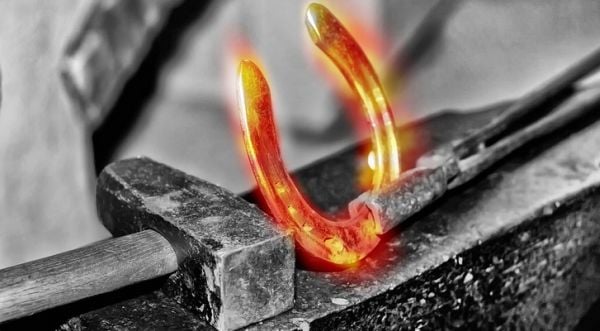 The state of California has settled a lawsuit brought by a trade school over state demands that students there – those learning to shoe horses – have proven their qualifications in “calculus, writing or social studies.”

It is the Institute for Justice that obtained the settlement for plaintiffs Pacific Coast Horseshoeing School and Bob Smith.

The fight that revolved around the First Amendment began in 2017 when Smith was told he was breaking the law by teaching horseshoeing to paying students.

The problem was that some of the students had not finished high school and while no state law prevented him from teaching horseshoeing, the state’s “ability-to-benefit” law banned his school from taking students who didn’t graduate – or have a GED.

The resolution came after the state legislature, warned by a federal appeals court that its requirements were “a content-based restriction on speech,” repealed the requirement.

Explained the Institute, “Both teaching and learning are protected by the First Amendment. That doesn’t change just because someone pays to learn or gets paid to teach. If Bob were to write a book or record a YouTube video on horseshoeing, the state of California couldn’t punish him. Teaching a group of tuition-paying students is no different. To protect his First Amendment rights, as well as the rights of his students, Bob and PCHS partnered with IJ and challenged the law.”

“For too long, governments have claimed that so-called ‘occupational speech’ isn’t protected by the Constitution,” said Paul Avelar, of the IJ. “But speech is speech, regardless of where it’s said, who says it, or if is their job to say it. What Bob—and millions of other Americans who sell their advice and teaching—does is clearly protected by the First Amendment.”

It was the 9th U.S. Circuit Court of Appeals last year that concluded California law burdened the First Amendment rights of both Bob and his students. Following that decision, the case was sent back to the federal trial court in Sacramento, where the state would have been required to prove that its law could survive First Amendment scrutiny, the IJ reported.

Instead, the state assembly adopted a bill repealing the “ability-to-benefit” requirement.

“California’s law made it illegal to teach job skills to those who need them most,” said IJ Attorney Keith Diggs. “Trade schools provide a fantastic opportunity for people without a formal education to learn a skill that will allow them to start a career and provide for themselves. Not only was California’s law unconstitutional, it also hurt the very people it was supposed to help.”

It’s not the only time the IJ has challenged strange speech limitations. In another case, it challenged a North Carolina law insisting that engineers are not allowed to talk about engineering.

Unless they pay the state for their own license.

The fight arose when Wayne Nutt, who graduated with an engineering degree and worked in the field his entire 40-year career, offered comments on a piping system that reportedly flooded homes.

The state not only rejected his comments but said they were illegal.

The IJ, however, said, “The First Amendment protects our right to hear useful speech on complex topics. Talking about engineering is just that – talking – and the government has no business forbidding Wayne or anyone else from talking about their own knowledge and experience.”

The IJ previously won fights on First Amendment grounds for an Oregon engineer who commented on the timing of traffic lights, for a Mississippi mapping company, a veterinarian in Texas and tour guides in South Carolina.