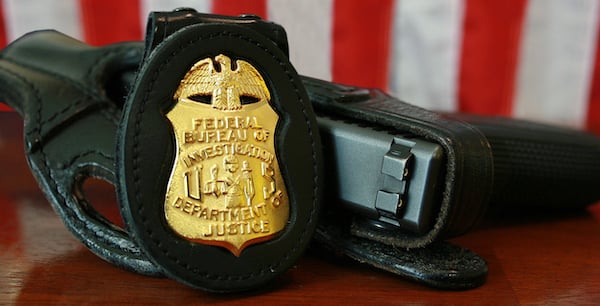 When the FBI starts claiming that its critics are “conspiracy theorists,” it’s time to “reform the bureau,” one expert is charging.

Constitutional expert Jonathan Turley has explained in a commentary that there is a need “for a new ‘Church Committee” to investigate and reform the Federal Bureau of Investigation after years of scandals involving alleged political bias.”

He noted that in response to recent criticism, the FBI issued a statement claiming, without evidence, that its critics were “conspiracy theorists.”

But Turley explained while those claims are commonly made against anyone raising free speech concerns over the FBI’s censorship of social media, the bureau’s new labeling of its critics “is particularly menacing.”

He cited the Church Committee from 50 years ago, which investigated a host of abuses by intelligence agencies during the Watergate scandal.

The evidence, he said, is that a new “Church” is needed.

Investigation targets could include the bureau’s use of “disinformation” to pursue the Russia “collusion” conspiracy theory against President Trump.

And its failure to investigate – even its protection of – the Biden family even those the family businesses have raised myriad legal and ethical questions.

“For example, there was Hunter Biden’s handgun, acquired by apparently lying on federal forms. In 2018, the gun allegedly was tossed into a trash bin in Wilmington, Del., by Hallie Biden, the widow of Hunter’s deceased brother and with whom Hunter had a relationship at the time. Secret Service agents reportedly appeared at the gun shop with no apparent reason, and Hunter later said the matter would be handled by the FBI. Nothing was done despite the apparent violation of federal law.”

And don’t forget about the many scandals that have been documented in Hunter Biden’s abandoned laptop computer.

Then there’s Elon Musk’s decision to release the “Twitter Files,” the documentation he found at the social media platform when he bought it that “as many as 80 agents [targeted] social media posters for censorships.”

“It is not clear what is more chilling — the menacing role played by the FBI in Twitter’s censorship program, or its mendacious response to the disclosure of that role. The FBI has issued a series of ‘nothing-to-see-here’ statements regarding the Twitter Files,” Turley wrote. “In its latest statement, the FBI insists it did not command Twitter to take any specific action when flagging accounts to be censored. Of course, it didn’t have to threaten the company — because we now have an effective state media by consent rather than coercion. Moreover, an FBI warning tends to concentrate the minds of most people without the need for a specific threat.”

Turley noted, “After Watergate, there was bipartisan support for reforming the FBI and intelligence agencies. Today, that cacophony of voices has been replaced by crickets, as much of the media imposes another effective blackout on coverage of the Twitter Files. This media silence suggests that the FBI found the ‘sweet spot’ on censorship, supporting the views of the political and media establishment.”