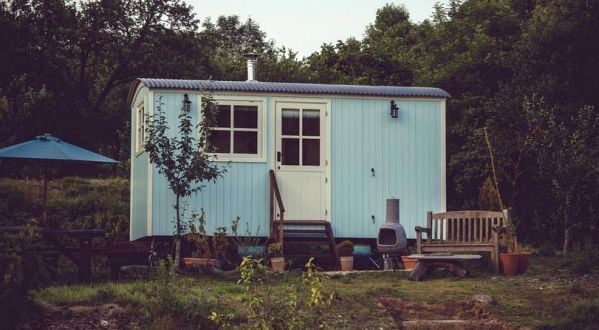 A Georgia city has been sued for banning small homes.

In the economy of 2021 where homes prices are rising in some parts of the country by thousands of dollars per week, not everyone can afford a typical suburban home of 2,000 square feet with three beds, two baths and a two-car garage.

So a nonprofit in Calhoun, Tiny House Hand Up, planned to build homes of some 600 square feet that would be more affordable, take up less land and fill a need for homes.

Until the city banned them.

Now the organization has filed a lawsuit, in Superior Court for Gordon County, with the help of the Institute for Justice, challenging that restriction.

“Your home is your castle. But in cities and towns throughout Georgia, the kind of home you are allowed to buy is limited not just by the price tag but by something unexpected: the government,” the institute explained.

“Tiny House Hand Up (THHU), a Calhoun nonprofit that wants to use donated land to fill a niche for smaller, less costly homes, has been blocked by the town despite demand for these homes. Why? Not because the proposed homes fail any health or safety standard, but simply because they are smaller than the government wants.”

“There is no health or safety reason to ban smaller homes,” said IJ Senior Attorney Erica Smith Ewing. ”People around the country live in smaller homes without any issues, even in Calhoun in homes built before the ban.”

The city’s poverty rate has made the problem worse than it is in some other locations, and Cindy Tucker’s plan for a nonprofit to address those needs grew out of her own recognition of the problem.

“The Georgia nonprofit is ready to break ground on the ‘Cottages at King Corner,’ a community of beautiful, Southern-style cottages with 540 to 600 square feet of living space each. They have housing plans, support from a financial institution to help finance mortgages, and contractors at the ready. All they need is for the government to get out of the way,” the IJ explained.

“We know that the market is there. We know that people are interested in purchasing these homes,” said Cindy. “I don’t care if it’s one percent, if we can help that one percent, we need to do that.”

The institute reported other Georgia cities have similar restrictions that need to be addressed, from Marietta’s decision not to allow homes smaller than 1,200 square feet, and College Park’s lower limit of 1,600 square feet for a home.

“People have different reasons for wanting to live in a smaller house, from downsizing and simplicity to affordability,” said IJ Attorney Joe Gay. “Calhoun shouldn’t make these personal choices illegal.”

The lawsuit charges Calhoun’s ban violates the Due Process Clause of the state Constitution, because under that standard, zoning restrictions that limit the use of private property are only allowed if they bear a “substantial relation to public health, safety or general welfare.”

The court filing charges that its goal is to vindicate the constitutional rights of property owners to use their property in a way in which it has traditionally been used.

“Forcing people to build and live in unnecessarily large homes does not serve any legitimate government interest,” the filing charges. “Smaller homes are perfectly healthy and safe: while zoning codes regulate the use of land, building codes provide standards for construction safe buildings, and the cottages THHU wants to build would comply with all state and local building code requirements.”

Actually, the case charged, “the only reason to ban smaller homes is to artificially inflate housing costs and exclude hardworking residents who do not make enough money to afford a larger home….”

The court filing points out that for the first 149 years it was a city, Calhoun didn’t need a minimum square footage for homes.

“THHU is ready to build,” the filing explains. “They have housing plans, support from a financial institute to finance mortgages, and contractors at the ready.”

The project planners say the city has refused to negotiate over the size of the homes in order to serve lower-income populations.

The case asks that the city’s minimum home size be thrown out, and the city be barred from enforcing it.