City to pay people $300 a month not to shoot others 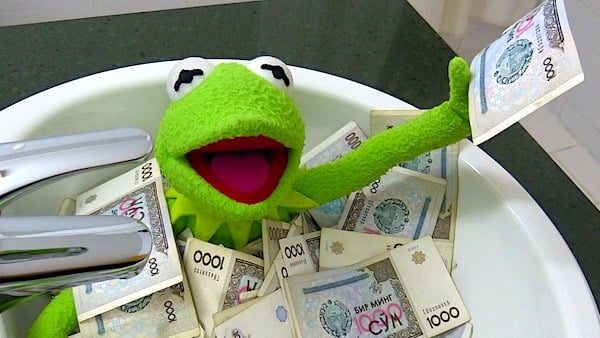 A new social, anti-crime program in San Francisco raises a number of novel questions, including, but not limited to, could this be the beginning of a new career choice: that of being a professional non-hitman?

It is Newsweek that is reporting on the city’s plans to “pay people at high risk of shooting someone not to pull the trigger to help alleviate rising gun violence in the city.”

Sheryl Davis, of Human Rights Watch, said the goal is to help “improve public safety in the neighborhood.”

She was talking about a Dream Keeper Fellowship set to begin next month. It will pay 10 individuals $300 each month to not be involved in shootings.

Newsweek explained, “Participants will be paired with life coaches from the city’s Street Violence Intervention Program and will be considered ‘community ambassadors’ who work to prevent violence. They will work on their professional, personal, and community development and will be thought of as ‘partners’ in engaging community members and decreasing violence.”

The program includes the assumption that in so many ways the “root causes” of violence are economic.

The report explained, “There are opportunities for participants to earn an additional $200 each month as they work to improve their community. Some ways they can earn more are by working, going to school and even being a mediator in situations that could lead to violence.”

It is hoped, Davis explained, that program participants will become “more civic-minded.”

The Dream Keeper Initiative was described in the report as “San Fransisco’s effort to redirect funding into the black community” and already pays for arts, education, and guaranteed income programs.

Fox News said another similar program already is up and running in Richmond, Calif., where it was called “cash for criminals.”

And the Washington Examiner’s David Freddoso explained in a commentary the effort also was launched in Sacramento, where promoters bragged “only” 44% of those participating later were arrested on new charges.

That was, he said, “as long as you don’t count about one-third of the participants who dropped out or were arrested in its first six months.”

He explained the actual solution is to put violent criminals in jail.

“People who shoot other people need to be walled off in prisons and kept away from the rest of us,” he said.