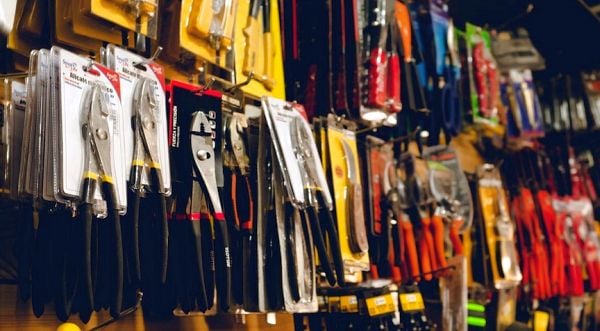 A family-owned hardware store chain planned to expand into Southold, New York, but officials there apparently didn’t want the business.

They tried to interfere with the original purchase of the plot of commercial property when the Brinkmann family, owners of the Brinkmann’s Hardware chain that already operates in several nearby locations, made the purchase.

Then they tried “exorbitant permitting fees,” according to officials with the Institute for Justice.

Then they deployed a “selective” moratorium on building permits.

Now they are trying to move in and physically take the land, through eminent domain, claiming that it’s essential for a “park.”

The family is fighting back. With help from the IJ, they have sued the town in U.S. District Court for the Eastern District of new York.

“When every effort to stop a business from operating on its property has failed, can the government just take the land using eminent domain?” the Institute wondered in an announcement about the case.

“That is the question at the heart of a new lawsuit filed by the owners of Brinkmann’s Hardware, a family-owned business with several Long Island locations that has teamed up with the Institute for Justice.”

The Brinkmanns already have been working for years to open a new store on property they own in the town of Southold, the Institute said.

“But the town responded by using various methods to stop the Brinkmanns from earning an honest living on their property. The town’s attempts to stifle the Brinkmanns’ new hardware store have failed, so it has chosen to use the power of eminent domain to take the Brinkmanns’ land.”

The Institute said the city’s park wasn’t even planned, but it appears the city believes “that appears to be the only way to stop the Brinkmanns.”

And worse that just losing this case, a bad precedent would be used by other towns against property owners when they want, IJ said.

“The Brinkmanns’ hardware store is an entirely legal business, and Southold has no valid reason to stop them from earning a living on their property,” said IJ Attorney Jeffrey Redfern.

“The Brinkmanns satisfy all legal requirements for building on the land they own, so the town has decided to just take their property. That is unfair, unconstitutional and represents a threat to businesses and property owners nationwide.”

The chain’s original store, by Tony and Pat Brinkmann, was launched in Sayville, in 1976. Today, children Mary, Ben and Hank own and run four stores across Long Island.

“The town hasn’t been able to find a legal way to stop our hardware store, so now they want to just take our land,” said Hank Brinkmann. “From the beginning we’ve tried to fit into the community and follow the rules, but the rules keep shifting under our feet.”

“Taking our land by eminent domain would not only deprive us of the property we invested in to grow our business, but also would take away the opportunity to earn an honest living that the new store represents,” said Ben Brinkmann. “That is why we are keeping up this fight.”

The city’s plans even a few years ago made no mention of a park, and even if one is needed, another commercial property next door is for sale, the Institute said.

And the town’s plan now proposes a “passive park,” where the city would simply leave an existing home and greenhouses on the land there.

But the Constitution requires that eminent domain only be used for a true public use, IJ said.

“The town’s claim that it needs to put a park on the Brinkmanns’ property is a sham. They just want to stop the Brinkmanns from opening their new store,” said IJ Senior Attorney Arif Panju. “If you follow the law, you should be allowed to open your business on the property that you own.”