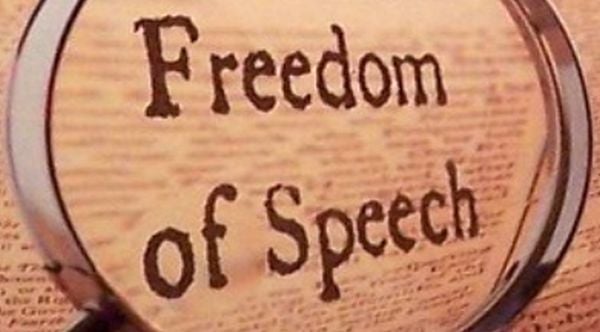 Officials in one county in North Carolina have decided to ban criticism of them, their citizens, and their employees.

That means no one at meetings of the Richmond County commissioners can make comments the chairman has “deemed inappropriate.”

Nor can anyone say “comments which are harmful, discriminatory or embarrassing to any citizen(s), official(s) or employees,” they’ve decided.

And commissioners have made it a “criminal offense” for someone to “willfully interrupt, disturb, or disrupt a meeting and refuse to leave when directed to do so…”

That all may eliminate those awkward moments when a citizens might bring up a question a commissioner would rather not hear, but it’s also drawn a warning from a civil rights organization about the obvious suppression of speech.

At issue is the county’s Public Appearance Policy which was adopted 25 years ago but recently abridged to include the new bans.

“Following a national trend to insulate government officials from criticism and limit exposure to their constituents, the board proposed revising its policy,” explained a report from the Rutherford Institute, which is challenging the changes.

The organization points out the changes give elected officials a vast right to “revoke” a person’s “right to speak.” Institute lawyers say the new county rules “are so vague as to present a significant risk of arbitrary application and viewpoint discrimination.”

“One of the key ingredients in a representative democracy is the right to freely speak our minds to those who represent us. In fact, it is one of the few effective tools we have left to combat government corruption and demand accountability,” explained constitutional attorney John W. Whitehead, president of The Rutherford Institute and author of “Battlefield America: The War on the American People.”

“We the people have a constitutional right to address our government officials in a public manner so that they can hear our concerns. Indeed, the First Amendment assures us of the right to peaceably assemble and petition the government for a redress of grievances. As such, public meetings of local legislative boards are the quintessential citizens’ forum,” he explained.

The institute has warned the county of the “chilling effect” its actions have on free speech.

The policy actually is in alignment with what many Democrats and other leftists are urging nationally, when they insist that those who disagree with their opinions on election integrity, transgenderism, critical race theory and like need to be censored from communications platforms, online and elsewhere.

They apply the “misinformation” label on anything with which they do not agree and then insist it be suppressed. Social media companies have vast ranks of employees doing that very suppression.

One key situation developed just before last year’s presidential election. There was accurate reporting published about the overseas business scandals involving the Biden family, possibly including Joe Biden, and various known antagonists to America, such as Russia and China.

Legacy and social media outlets conspired to suppress it – and they did that successfully.

However, an analysis later by the Media Research Center showed that had more people known of the reports, enough would have withheld their support from Joe Biden so that Donald Trump would be president today.

Rutherford officials told the county that it is crucial that policies to suppress speech were not adopted.

“The First Amendment’s protections of freedom of speech and the right to petition the government therefore apply to public meetings of bodies such as the Richmond County board of commissioners,” a letter said.

But it noted Rule 4 of their policy allows politicians to “revoke” citizens’ speech rights based on what the board chairman wants.

That is dangerously close to a speech restriction based on “viewpoint,” which is illegal, the letter points out.

It’s not the first time extreme speech limits have been proposed. Just weeks ago, Washington Gov. Jay Inslee insisted on supporting a law making it illegal to “lie” about an election.

“It should not be legal in the state of Washington for elected officials or candidates for office to willfully lie about these election results, and unfortunately they are doing that,” Inslee said. “This needs to be made illegal.”

The multiple term Democrat, however, openly accused President Trump of engaging in a coup attempt, as he describes the surrounding the Jan. 6, 2021, riot at the U.S. Capitol.

Inslee claims that concerns about the 2020 election being “stolen” are a “Big Lie.”

But a coming documentary by award-winning filmmaker Dinesh D’Souza reveals hundreds of “mules” being paid to deliver stacks of ballots in the dark of night to various ballot drop boxes. And it’s known that multiple state officials simply ignored or changed state laws to accommodate mail-in ballots.

Further, outside analysts have found that either of two factors could have “bought” the election for Biden. One is the $420 million Mark Zuckerberg turned over to oftentimes leftist election officials with instructions to recruit voters from Democrat areas. The other is that suppression of reporting on the Biden family.

Inslee already has claimed that criminalizing some statements about elections – if he deems them unsupported and they are “likely” to result in violence – is not a violation of speech rights.

The state Supreme Court there a decade ago found that a noncriminal statute banning political candidates from making false claims about their opponents violated the right to free speech.