Court affirms rights of pro-lifers to protest at abortion business 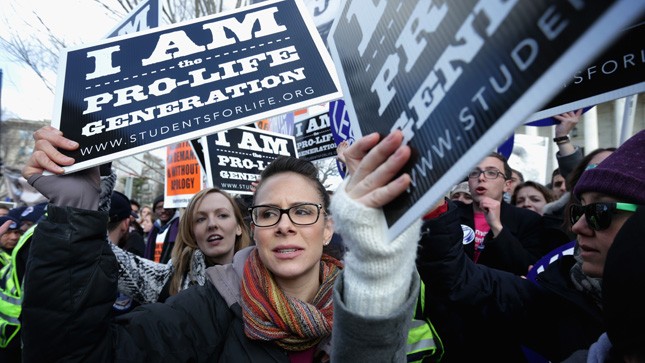 A three-judge panel of the 2nd U.S. Circuit Court of Appeals has reversed its own earlier decision and affirmed the right of pro-life individuals to protest peacefully outside a Queens, New York, abortion business.

They had faced unfounded charges from the New York attorney general’s office, operating under the directions of three consecutive attorneys general, that the peaceful protesters were “making threats and harassment.”

Actually, the center explained, they were offering alternatives to abortion-bound women.

“This is a great win, to be sure,” said Stephen Crampton, senior counsel for the society. “But the case should never have been brought in the first place. It was always about politics, not justice. The New York attorney general has wasted hundreds of thousands of dollars of taxpayer money pursuing bogus claims and persecuting law-abiding Christians. The real crime here is not the actions of the defendants, but the actions of the attorney general in ever filing this case.”

The same circuit court earlier looked at the case, and ruled for the AG’s case, but then granted a rehearing.

The society reported, “The case will now return to federal district court for a trial on the merits and consideration of some of the unanswered questions concerning the constitutionality of the New York City Access to Reproductive Health Care Facilities Act and the attorney general’s right to even bring suit under that act.”

The case was begun against the pro-life advocates by ex-AG Eric Schneiderman, who filed charges under the state’s Freedom of Access to Clinic Entrances law.

He was forced out of office shortly later by a sex scandal alleging he injured several women, but his replacement, Barbara Underwood, continued the case, and it later was assumed by current AG Letitia James.

Thomas More Society attorneys explained the case was without merit because it was actually an assault on the First Amendment rights of pro-life sidewalk counselors who had been coming to Choices Women’s Medical Center weekly since 2012, to peacefully speak with abortion-bound women.

Several individuals were represented by other legal teams in the case, and Mat Staver, chief of Liberty Counsel, which represented Scott Fitchett Jr., said, “We are pleased that the 2nd Circuit Court of Appeals reversed its prior opinion and reinstated the district court’s well-reasoned opinion that thwarted the attorney general’s attempt to censor our client. Scott Fitchett did nothing wrong by exercising his First Amendment right to preach the gospel on a public sidewalk. The AG’s lawsuit is politically-motivated and patently frivolous.”

Schneiderman, when he launched the attack on the Christians, stunning held a news conference to demand, “We are not a nation where you can choose your point of view.”