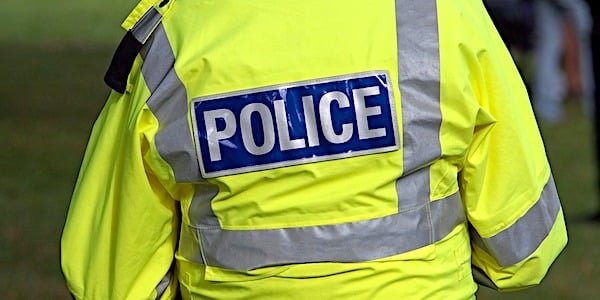 The 10th U.S. Circuit Court of Appeals has given a pass to police officers in Denver who confronted and searched a man they suspected of filming their violent arrest of a suspected drug deal dealer.

A district court gave the officers partial immunity for their actions regarding Frasier, but the 10th Circuit expanded that to include all of their actions.

The Rutherford Institute provided a synopsis:

In August of 2014, Levi Frasier saw two plainclothes Denver police officers in the process of arresting a man suspected of drug dealing. Frasier moved about 15 feet away and began recording the incident with a tablet. The recording showed the police pinning the suspect’s head to the pavement and punching him in the face numerous times, causing his head to repeatedly and violently hit the pavement.

One of the police saw Frasier and called out “camera!” Frasier continued to record the incident as the suspect’s girlfriend approached the police, only to be grabbed by the leg and pulled to the ground by one of the officers. Frasier then stopped recording and took the tablet to his truck, which was parked nearby.

One of the police followed and ordered Frasier to come back to the police car with the video and his identification. Although Frasier showed the police his license, he denied having any recording of the incident, fearing that the police would make it “disappear.”

The police surrounded Frasier and repeatedly asked for the video, holding and questioning him for about 30 minutes. Frasier eventually produced the tablet and the police searched through its digital files, but did not find the video. The video was later released to the media, which resulted in an internal investigation of the incident by the Denver Police Department.

Frasier then brought a lawsuit asserting that police retaliated against him for exercising his First Amendment right to record the actions of the officers.

Rutherford filed a friend-of-the-court brief on behalf of Frasier.

“Police body cameras will never serve as an effective check on police misconduct as long the cameras can be turned on and off at will and the footage remains inaccessible to the public. However, technology makes it possible for Americans to record their own interactions with police and they have every right to do so without fear of intimidation or arrest,” said constitutional attorney John W. Whitehead, president of the Rutherford Institute.

“Mobile devices have proven to be increasingly powerful reminders to police that they are not all powerful. The ability to record police interactions in public provides for greater accountability when it comes to police interactions with the citizenry and should be preserved as a necessary right of the people.”

The institute contended that in dismissing Frasier’s case, the 10th Circuit defies “clearly established First Amendment jurisprudence that protects the right to record police in public without fear of retaliation.”

The ruling, the institute asserted, “has given police the green light to intimidate and threaten individuals who record police brutality and misconduct.”

The district court ruled that the officers “had retaliated against Mr. Frasier because of his filming of the suspect’s arrest – which was a First Amendment protected activity – and that they were liable for their retaliation because of their ‘actual knowledge that Mr. Fraiser had a First Amendment right to record them in the public execution of their official duties.'”

The lower court also concluded there were “genuine disputes of material fact as to whether the officer defendants came to an agreement with ultimately led to Officer Evans’s alleged illegal search of the tablet.”

The 10th Circuit found, however, that “judicial precedent did not clearly establish in August 2014 Mr. Frasier’s alleged First Amendment right to record [officers] performing their official duties in public spaces.”

The court said: “It is now widely understood that a public official who knows he or she is violating the constitution nevertheless will be shielded by qualified immunity if a ‘reasonable public official’ would not have known that his or her actions violated clearly established law.

“The qualified immunity defense is not to be denied because the defendant official in fact knew (even though most people would not) that his action was categorically unlawful,” the court said.

And the 10th Circuit determined that a Supreme Court ruling that agreed with Frasier’s position was not binding on the court.