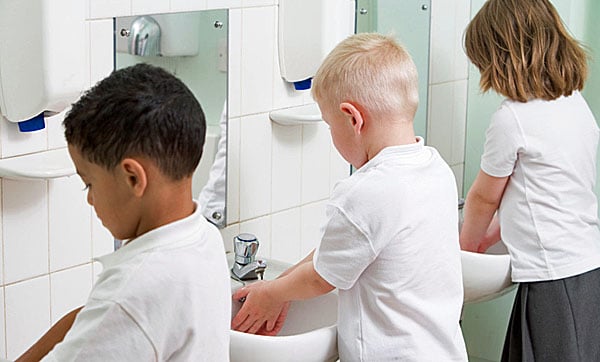 In a report in the Washington Stand, it was revealed that the 11th Circuit Court of Appeals said, “Separating school bathrooms based on biological sex passes constitutional muster and comports with Title IX.”

The ruling affirmed the practice in St. Johns County, Florida, where officials were challenged by a student who identifies as transgender and wanted the district to comply with the students’ beliefs.

The student claimed the facilities for boys – or girls – violated the Equal Protection Clause of the 14th Amendment and Title IX.

The Stand reported there was a trial in 2017, and the district court ruled against the school.

A three-judge appeals court panel in 2020 upheld that decision, but the panel ruling eventually was overturned by the full court.

“When we are thinking about education in less developed nations, the right of women and girls to education is not questioned. Best practice guides in those situations require facilities for women and girls specifically,” Meg Kilgannon, a senior fellow for Education Studies for the Family Research Council, said.

“But in the ‘developed west’ we face a situation where legal activists are challenging the right of women and girls to bathrooms or locker rooms based on biological sex.”

“The protection of students’ privacy interests in using the bathroom away from the opposite sex and in shielding their bodies from the opposite sex is obviously an important governmental objective,” the court majority determined. “The school board’s bathroom policy is clearly related to — indeed, is almost a mirror of — its objective of protecting the privacy interests of students.”

Those judges on the losing side of the argument had claimed that privacy extended only to restroom stalls, not the entire facility.

Further, the court said specifically the policy does not discriminate against transgender students.

The Title IX law was intended to ensure that women and girls had the same access to educational and sports opportunities as men and boys, the court concluded.