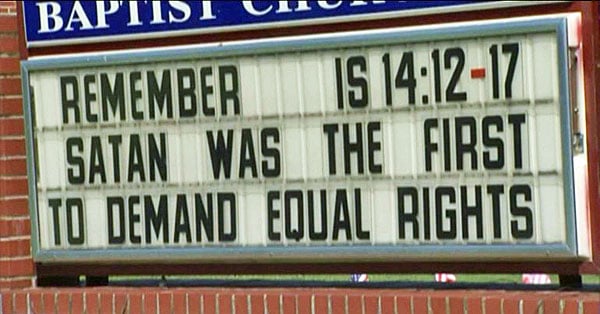 Five decades ago, Congress passed the Equal Rights Amendment, which aimed to erase all differences between men and women throughout American society.

But after Congress adopted it in 1972, it failed to achieve the necessary ratification by 38 states, even after extending the deadline to 1982.

So it died. Judges have ruled it dead. And a handful of states have held formal votes to rescind their ratification.

But Democrats won’t let it die.

House Democrats voted unanimously Wednesday, along with four Republicans, to “resuscitate” the ERA, even though the late Justice Ruth Bader Ginsberg, who long advocated the plan, admitted it was dead and gone.

“This was ERA’s poorest showing in the House in 50 years,” said Douglas D. Johnson, senior policy advisor to the National Right to Life Committee and director of its ERA Project. “Only 52% of voting House members supported ERA today, compared to 94% in 1971, and 56% in 2020. Today’s tally was 62 votes below the two-thirds margin that the Constitution requires to perform grown-up constitutional amending, as opposed to today’s cheap political theater.”

House Joint Resolution 17 purports to go back in time and “remove the deadline” for ratification in the ERA resolution approved by Congress in 1972 by the required two-thirds votes.

“The ERA-is-alive cult has suffered an unbroken 40-year string of rejection by federal judges of every political and judicial stripe,” Johnson said.

“On March 5, Judge Rudolph Contreras, a respected jurist appointed by President Obama, ruled that the ERA deadline was constitutional, and that Nevada, Illinois, and Virginia had performed no genuine ratifications. Thus, as a matter of law, 38 states have not ratified the ERA, as has been so widely reported – because the ERA expired decades ago.”

Johnson said the “key legal claims of the ERA-is-alive movement have fallen apart like wet cardboard when subjected to the scrutiny of federal judges, regardless of their political background.”

“ERA-revival advocates, in approaches to four different federal courts, have failed to win a single vote from any of 20 federal judges and justices on any of their key legal claims,” he said. “The 20 judges included 13 appointed by Republican presidents, and 7 by Democratic presidents. The judges who reached the substantive constitutional issues rejected or set aside key legal claims on which the ERA-is-alive movement is premised. The judges who disposed of cases on purely procedural grounds did so over the vigorous contrary pleadings of ERA-revival advocates.”

Ginsberg said not long before her death last year that the process would have to begin all over.

When supporters argued that several states in recent years have “adopted” the dead plan, she pointed out that if those votes were to count, the votes to rescind also must count.

National Right to Life said it “opposes the 1972 ERA because it is likely to be employed as a textual constitutional foundation for judicial rulings that would invalidate virtually any state or federal law or policy that impedes access to abortion, or even that has a ‘disparate impact’ on the availability of abortion.”

“The 1972 ERA language is also likely to be construed to require state and federal health program to fund abortions without limitation.”

Recently, Democratic attorneys general from Illinois, Nevada and Virginia claimed in federal court that was ratified last year when Virginia became the 38th state to vote for it.

The federal judge, Contreras, said no.

He said that “even if plaintiffs had standing, Congress set deadlines for ratifying the ERA that expired long ago. Plaintiffs’ ratifications came too late to count.”

The judge noted that the concept of the ERA arose in about 1923 but never was successful in Congress until 1972.

The state Senate adopted concurrent Resolution No. 4010, “which reaffirms that the North Dakota’s 1975 ratification of the ERA ‘lapsed’ on March 22, 1979, which was the deadline included in the ERA resolution submitted by Congress to the states on March 22, 1972.”

The Department of Justice Office of Legal Counsel issued a legal opinion in 2020 stating that the ERA had expired and “cannot be resurrected by Congress, except by re-starting the entire constitutional amendment process.”

Ginsburg had lobbied hard for the ERA.

“I would like to see a new beginning. I’d like it to start over,” she said. “There’s too much controversy about latecomers — Virginia, long after the deadline passed. Plus, a number of states have withdrawn their ratification. So, if you count a latecomer on the plus side, how can you disregard states that said, ‘We’ve changed our minds’?”