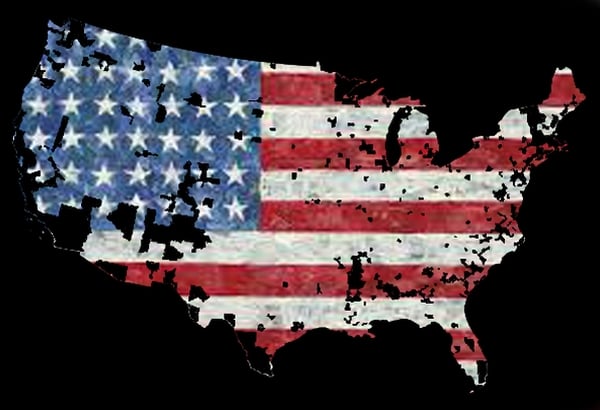 Internal polling for the Democratic Congressional Campaign Committee is suggesting there’s a “looming midterm disaster” at least partly because the Republican criticisms of the party have “alarming credibility.”

It is SFGate that obtained details from the polling results that were presented to Democrats this week.

The DCCC, the main campaign arm for House Democrats, is headed by New York Rep. Patrick Maloney now, and the report said it worked with consulting groups on an online poll of about 1,000 voters in the 60 most competitive House districts.

New: I got a look at DCCC internal polling as Dems roll back restrictions

Rises to 66% with swing votershttps://t.co/2hdZHEhcmt

FWIW while the DCCC poll found that COVID policy attacks were “alarming,” it also found that attacks on the border, CRT and spending were even more alarming

It also found in swing districts, 64% of voters agreed with the statement that “Democrats in Congress support defunding the police and taking more cops off of the street.” And 62% agreed with, “Democrats in Congress have created a border crisis that allows illegal immigrants to enter the country without repercussions and grants them tax-payer funded benefits once here.”

“Sixty-one percent of swing district voters agreed with the statements, ‘Democrats in Congress are spending money out of control,’ and, ‘Democrats are teaching kids as young as five Critical Race Theory, which teaches that America is a racist country and that white people are racist.’ And 59% agreed with the statement, ‘Democrats are too focused on pursuing an agenda that divides us and judging those who don’t see things their way,'” the report said.

The Twitchy commentary on the report simply started out: “Yikes!”

“Now the Dems’ only hope is to gaslight and attempt to re-write history while hoping voters also have amnesia.”

One commenter suggested, “There’s gunna be a shellacking this November…”

So…. It’s not about the “science.” It’s about the votes. Never ever forget what the Democrats did to us. To our elderly parents. To our children in school. Never. Forget. https://t.co/kFztES20Ov