The Biden administration is seeking to divert Customs and Border Protection officers from the U.S. southern border crisis to Europe to help process U.S. citizens fleeing from the Russian invasion of Ukraine.

In a memo issued Thursday, the CBP asked for volunteers from among its ranks to deploy to Poland for “Operation Ukraine Support,” Just the News reported.

“The Office of Field Operations is seeking volunteers to assist with the possible evacuation of U.S. citizens, lawful permanent residents, and their immediate family members from Ukraine,” the memo said.

Addressing CBP field operations executives, the memo said eligible employees who volunteer “may be selected to serve a temporary duty assignment in Poland to facilitate travelers for entry into the U.S., to include providing guidance and problems resolution to other government agencies.”

The volunteers must be ready to deploy “within 2-3 days” of selection for about one month’s work in Europe.

“Once deployed employees are expected to perform all assigned duties and may be required to work irregular shifts and schedules, up to seven days per week including holidays and weekends,” the memo noted.

The Biden administration, wrote Wall Street Journal columnist Jason Riley, “doesn’t seem much interested in the havoc on our southern border, but the problem isn’t going away.”

Over the past year, he said, amid “White House indifference,” Americans have witnessed “record levels of illicit border crossings, overflowing detention centers and, more recently, video footage of illegal immigrants being ferried (in the dead of night) from the southern border to New York, Florida and other parts of the country.”

“The borders are jammed up right now, tons of vehicles are trying to get out of Ukraine,” said James Judge, a spokesman for the group. “The roads are jammed. It may take all night, but we’re going to keep working to get people out.”

Project Dynamo said that as of Friday, about 1,000 American citizens and lawful permanent residents have asked the group to help them leave Ukraine.

“Those are our main focus and priority,” Judge said.

Judge said the group began inserting team members in Ukraine in January to prepare for rescue operations after the Biden administration made clear the government would not help Americans evacuate.

The group’s name is derived from the codename of the Dunkirk evacuation during World War II.

“This is what Dynamo does and does better than anyone else,” Judge said in a statement Thursday. “They get Americans out of harm’s way, and we have been watching it play out today in real-time. It is not without risk, however, and we are praying they will successfully make it safely out of the country in the next few hours.” 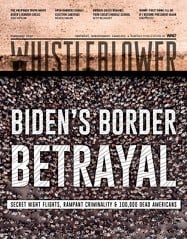