Former President Trump is not staying on the sidelines when it comes to the drama over who will be the next speaker of the House.

“Some really good conversations took place last night, and it’s now time for all of our GREAT Republican House Members to VOTE FOR KEVIN,” Trump wrote Wednesday morning on his Truth Social site.

In a mostly all-capital letter message, Trump said: CLOSE THE DEAL, TAKE THE VICTORY, & WATCH CRAZY NANCY PELOSI FLY BACK HOME TO A VERY BROKEN CALIFORNIA,THE ONLY SPEAKER IN U.S. HISTORY TO HAVE LOST THE “HOUSE” TWICE! REPUBLICANS, DO NOT TURN A GREAT TRIUMPH INTO A GIANT & EMBARRASSING DEFEAT. IT’S TIME TO CELEBRATE, YOU DESERVE IT. Kevin McCarthy will do a good job, and maybe even a GREAT JOB – JUST WATCH!

Trump continued with a message on where Republicans should spend their battle energy.

“If Republicans are going to fight, we ought to be fighting Mitch McConnell and his domineering, China loving BOSS, I mean wife, Coco Chow,” he stated.

“The harm they have done to the Republican Party is incalculable. Today, he couldn’t be elected ‘Dog Catcher’ in Kentucky (Sadly, he only won because of my Endorsement, went up 21 points – SORRY!).”

Despite Trump’s support for McCarthy, the California Republican is opposed by about 20 fellow GOP congressmen who claim he’s not conservative enough, with some even referring to him as a “swamp creature.”

One response to Trump’s messages was a Mother Jones magazine cover depicting Republicans as characters in “Animal House.” 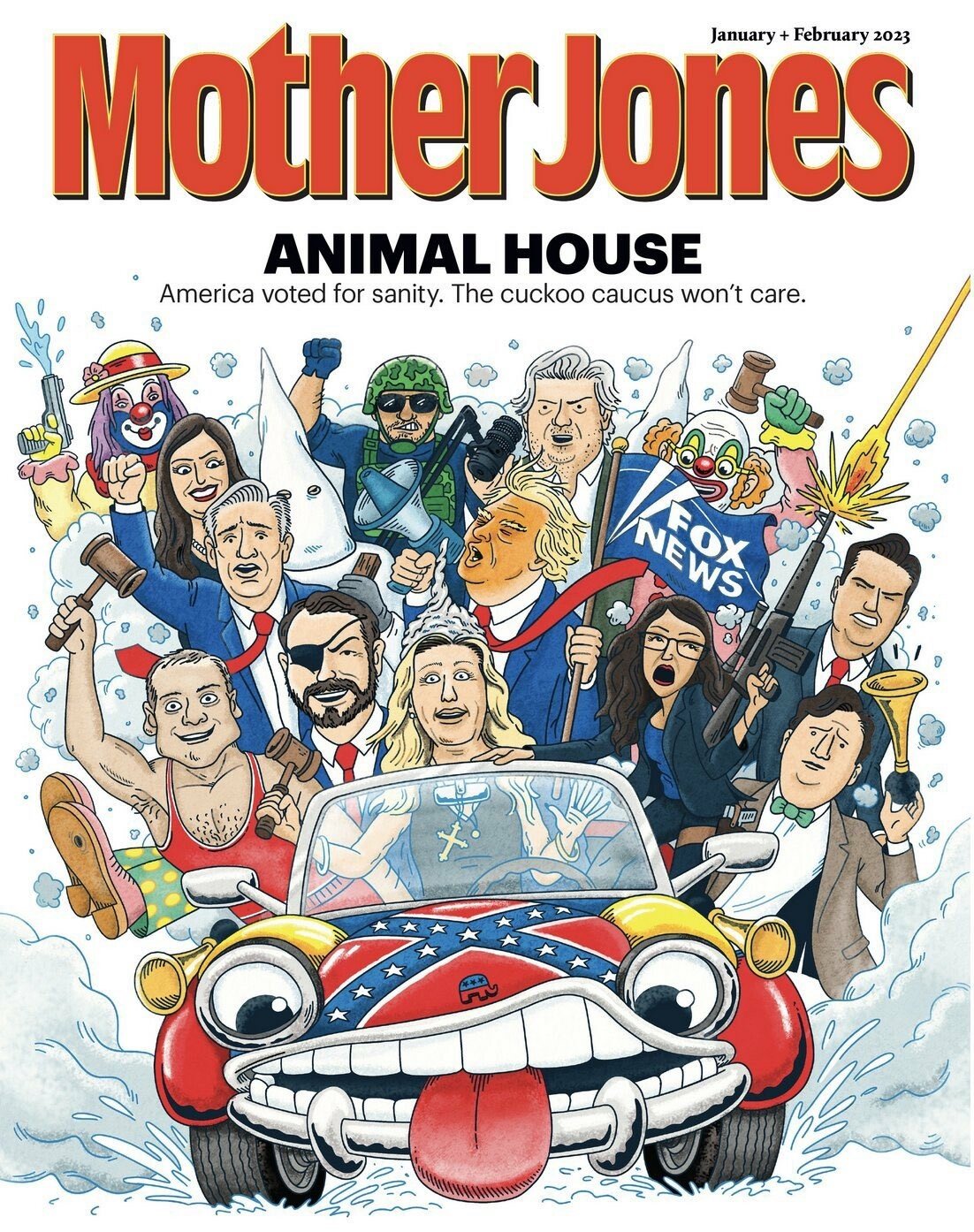 Members of the House Freedom Caucus are holding out their speaker support for U.S. Rep. Jim Jordan, R-Ohio, even though Jordan is not interested in the position and actually nominated McCarthy.

The House continues voting Wednesday in its search for a speaker, after three failed votes on Tuesday.