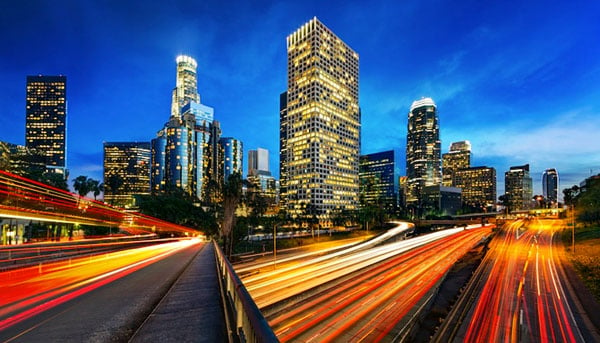 The environmental impact of electric cars may still be unknown, but leaders are growing concerned about the threat they pose to the financing of the nation’s highway system. Because freeways and bridges are funded, in large part, through federal and state taxes on gasoline and diesel fuel, the battery-powered future will test whether roads can just be paved with good intentions.

Lawmakers on both sides of the aisle are trying to devise new ways to raise that fuel tax revenue, which in fiscal year 2020 delivered $35 billion to the federal government and an additional $51 billion to state and local governments. But experts say that proposed fixes to the anticipated highway funding shortfall – involving charging drivers for the miles they travel by tracking their movement – pose a significant threat to personal privacy and liberty.

The Infrastructure Investment and Jobs Act, passed with bipartisan support last year, authorized the Department of Transportation to launch new pilot programs to test ways to collect necessary fees. These include a range of high-tech means such as accessing location data from third-party on-vehicle diagnostic devices, smart phone applications, telemetric data collected by automakers, motor vehicle data obtained by car insurance companies, data obtained from fueling stations, and “any other method that the Secretary [of Transportation] considers appropriate.”

“Location data” – that is, information about where people are and where they’ve been – “is highly sensitive,” said Lee Tien, legislative director at the Electronic Frontier Foundation, a nonprofit that defends civil liberties in cyberspace. It can reveal “what they do, who they’re with, where they worship, what medical procedures they’re having.”

While the infrastructure act authorizes a pilot program to test collecting the personal information needed to charge drivers for their use of roads and highways, it doesn’t answer the far thornier questions about how to protect that data. Will only the feds track drivers? Will each state and locality that currently depends on fuel taxes also monitor drivers? If so, will the data be pooled? Will destinations be tracked along with mileage?

These questions are arising as the Biden administration demands more energy-related data across the board as it seeks to achieve its ambitious climate change goals. The Securities and Exchange Commission, for example, wants almost all U.S. companies to tally and disclose the total amount of carbon emitted in producing their products. The Federal Highway Administration and the Department of Transportation proposed new regulations in July requiring states to measure carbon dioxide emissions “associated with transportation” and report those figures to the federal government. States will be required to establish emissions targets aligned with “national policy” established by Biden’s climate-related executive orders.

Advocates of new highway user fees acknowledge the threat to privacy and promise to find ways to protect sensitive information. Asked about the risks posed by tracking vehicles, Rep. Sam Graves of Missouri, ranking Republican member of the House Committee on Transportation and Infrastructure, pointed to a previous statement: “For years, I have been talking about the need to eliminate the gas and diesel taxes. It’s time to move this solution toward reality, but in doing so, we must ensure that privacy concerns are addressed.”

The Department of Transportation isn’t taking on these issues from scratch. For more than a decade, DOT has been awarding grants to states willing to work out the kinks in a pay-as-you-go system. Pilot programs have been funded in states such as Minnesota, Iowa, and Nevada. The Nevada Vehicle Miles Traveled Fee Study found “The greatest barrier to public acceptance is recognized as insuring driver privacy to the greatest extent allowed by available technology.”

Asked by RealClearInvestigations about such concerns, a spokesman for the Department of Transportation said, “Privacy is of paramount importance and a requirement that has to be addressed in the pilot programs.”

Drivers have proved to be accepting of technologies that track travel when they offer obvious benefits, such as skipping toll booths or fighting crime. E-ZPass shares data with “law enforcement agencies conducting criminal investigations in accordance with subpoenas, court orders or amber alerts.”

At Capitol Hill hearings last year, witnesses assured lawmakers that threats to privacy could be overcome. Peter J. Basso, chair of the Mileage-Based User Fee Alliance said, “The pilots are showing the technical viability of a mileage-based system,” and are showing how to address questions of “protection of personal privacy” and “data security.”

But privacy experts such as Theodore Claypoole, an Atlanta lawyer who edits the “HeyDataData” blog, cautions that concerns might increase if such tracking becomes universal.

He said a lot of people do understand they are less anonymous on the road than they used to be. Cars these days come default-set to gather and horde data on their drivers. What app doesn’t reveal its users’ geo-locations? Insurance companies place bugs in some cars to tell what kind of drivers we are. Every day we are stalked by the Billion-Byte Beast, and yet we remain relatively blasé about it. But gathering information on our driving for tax purposes is something different, says Claypoole. It’s the federal government, not businesses, hoovering up our sensitive information. Do we find this more frightening, or less so?

Similarly, once it used to be difficult to collect comprehensive information about someone’s movements. It might take a team of field agents – the FBI has traditionally used five cars to tail a single suspect in an automobile. Surveillance used to have what privacy scholars call “high transaction costs.” Those costs served as a protection of one’s privacy.

The Supreme Court has wrestled with the question of protecting privacy in an age of tracking devices, but hasn’t resolved what happens to one’s personal information when it is being lawfully collected. In a 2012 decision, United States v. Jones, the court considered whether police could place a GPS device on a suspect’s car without a warrant. The court ruled, 9-0, that such tracking was an unreasonable search that violated the Fourth Amendment of the Constitution.

But that ruling did not settle the question of what the government could or couldn’t do with the same sort of information when it is, in essence, freely handed over. In a concurring opinion, Justice Sonia Sotomayor noted that the biggest threats to privacy may come from technologies that invite surveillance: “With increasing regularity, the Government will be capable of duplicating the monitoring undertaken in this case by enlisting factory- or owner-installed vehicle tracking devices or GPS-enabled smartphones.”

It turns out that people are not as quick to give up freedoms as one might think. The Government Accountability Office published a report in January on the state-level user-fee pilot programs. The GAO wrote, “Many state DOT officials told us that drivers felt concerned that a government-administered mileage fee system may track their location and collect personal data.” They reported that “public acceptance of mileage fee systems remains limited by concerns about protecting privacy.”

Recently, some abortion-rights activists worry that states with strict anti-abortion laws might prohibit travel to other states for the purpose of obtaining an abortion. (Missouri has already considered such a law.) Could vehicle tracking be used to identify individuals who cross a state border and drive to the address of an abortion provider?

Privacy advocates suggest that activists may not want there to be digital tire tracks showing them driving to the sites of controversial political rallies such as on Jan. 6, 2021 in Washington.

Convincing the public that the government will protect their privacy and won’t track their travel, the GAO found, made for “major challenges facing mileage fee systems.” Minnesota DOT officials were blunt about the lack of trust people have in the tech-enabled state: The “public does not want governments to have their travel or personal information.”

Privacy advocates tell RCI that sooner or later highway funding will move to user fees – and probably sooner, given the effect electric vehicles will have on fuel tax revenues. And yet, for all the assurances made in pilot programs that privacy will be protected, the public remains unconvinced. Will the government have to change those attitudes, or will rules be made by bureaucrats? Will voters have a say in whether and how their travels are tracked? Or will they find that the decision has been made for them?