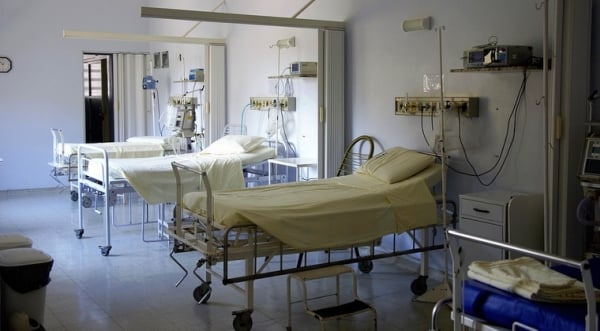 A new study on euthanasia in Belgium warns that the 2002 law allowing assisted suicide is broken beyond repair because it lacks safeguards.

The study by Kasper Raus, Bert Vanderhaegen and Sigrid Sterckx of Ghent University in Belgium is called “Euthanasia in Belgium: Shortcomings of the law and its application and of the monitoring of practice.”

“In 2002 with the passing of the Euthanasia Law, Belgium became one of the few countries worldwide to legalize euthanasia. In the 18 years since the passing of the law, much has changed. We argue that in Belgium a widening of the use of euthanasia is occurring and that this can be ethically and legally problematic,” the researchers wrote.

“This is in part related to the fact that several legal requirements intended to operate as safeguards and procedural guarantees in reality often fail to operate as such.”

They found that legally defined due care requirements are not being followed, outside consultations regarding euthanasia are not binding and the reporting procedures are faulty.

The U.K.’s Christian Concern said the study published in the Journal of Medicine and Philosophy “should make us all sit up and listen,” because it argues the “law is broken beyond repair.”

Belgium adopted assisted suicide after the Netherlands became the first to pass a law, in 2001.  Other countries have followed, including Canada, Portugal and Spain, as well as some American states.

“The law was initially passed with the proviso that the patient must be an adult, clearly able to express his or her wishes to die, and that the request be made voluntarily and repeatedly, without pressure and in writing, and the desire was to be discussed with a second practitioner,” Christian Concern said.

The patient must be experiencing constant, unbearable physical or mental pain that is unable to be alleviated.

But the study said the number of deaths suggest problems. There were 24 such deaths in 2002, but in 2019 there were 2,656. And the study found those numbers likely are significantly underreported.

The report notes that “several legal requirements” that were intended to provide safeguards “often fail to operate.”

“We believe this is ethically and legally problematic and should be of concern to everyone, regardless of their stance on the ethical justifiability of euthanasia in general,” the researchers said.

“The main concern that the research brings out is that the use of euthanasia is being stretched to cover not only incurable illnesses that cause unbearable and lasting suffering, but now also ‘tiredness of life.’ Legally, this is not permitted. However, doctors get round this by diagnosing what they call ‘polypathology,'” the report said.

Such diagnoses were used in nearly one-sixth of the reported euthanasia cases, the study found.

Christian Concern said that should be a concern.

“Are Belgian doctors really now saying that old people are no longer worthy of life? Only recently, Belgian doctors came out in support of killing disabled babies after they had been born, as well. The lines of whose life is worth living are being blurred. Who will be next?”

Further, the requirement for outside opinions from independent doctors provides no “real security,” since they are to be considered but are not binding.

“The final authority to perform euthanasia lies with the attending physician who can perform it even against the (negative) advice of the consulted physicians,” the study found.

Finally, the study concluded that the Federal Control and Evaluation Commission for Euthanasia, which is supposed to monitor cases, actually acts as “a shield” that prevents problematic cases from being referred to prosecutors.

The Christian Concern report noted euthanasia technically remains illegal in the U.K., but one recent case raised alarms. Hospital officials were allowed to stop feeding a man, “RS,” and let him die.

“What makes his case worse is that he was showing signs of improvement, and where UK doctors were unwilling to foot the bill to treat him, Polish doctors were willing to transport him back to his own country to start treatment there. Yet the Court of Protection ruled it was kinder to allow RS to starve and dehydrate to death than allow him a potentially life-threatening helicopter ride across the continent,” the report said.

The study found: “Euthanasia, which involves the deliberate ending of a patient’s life, is a far-reaching and irreversible act that should be closely monitored. … The Coordinating President therefore calls for a change in the procedure of referring cases of euthanasia that do not seem to be in conformity with the legal requirements or that are especially controversial, so as to allow greater involvement of the judiciary.”