Exploding birds on solar farms not a myth after all 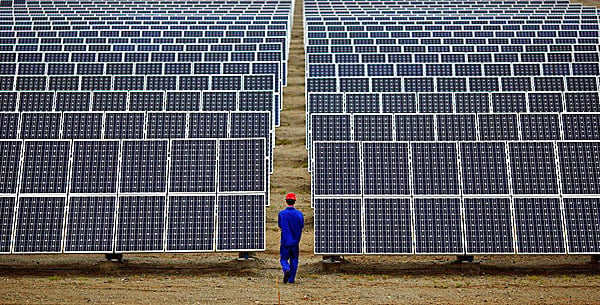 U.S. Rep. Louis Gohmert, R-Texas, recently discussed a problem with solar projects in which birds fly into the path of the sun reflected from those huge mirrors, and ignite on fire, exploding in mid-air.

Claimed Raw Story, “Gohmert’s bird rant is yet another recent example of the congressman’s penchant for latching onto any conspiracy theory or right-wing talking point under the sun.”

Crooks and Liars was equally blunt: “Listen, people. Birds who have Windmill Cancer are already vulnerable to spontaneous combustion under normal circumstances. Everyone knows that, because I made it up there when I typed it just then. And birds who survive all the treatments for Windmill Cancer shouldn’t be flying from California to Nevada anyhow, because they’re just taking unnecessary chances with their nine lives.”

Online commenters held back nothing: “Birds exploding in mid air? You have to be one of the stupidest persons I have every come across,” claimed Tom Kirkman. Lennie Seaman added, “Exploding birds? Did you not go to school when you were still capable of rational thought?”

However, the problem that remained was that Gohmert’s concerns were true, and valid.

“Another part of that Green Deal is the huge solar farm that they out on the border of California and Nevada. Thousands of acres of concave mirrors that magnify the sun toward three towers, heat up the liquid in there and turn turbines, but they weren’t anticipating that there would be hundreds and thousands of what they would call ‘flamers,'” Gohmert explained. “Because when the birds fly through — if they survive the windmills — then they hit that magnified sun, explode in flames, and down they go, bird guts all over the mirrors. So, that takes some cleaning up.”

Leftists, responding, called him an “idiot,” and worse.

“The problem is that what Gohmert said was 100 percent accurate,” the report explained. “In 2016, ScienceAlert warned that just one solar farm in California was by its lone self ‘accidentally killing up to 6,000 birds every year, with staff reporting that the birds keep flying into its concentrated beams of sunlight, and spontaneously bursting into flames.'”

The BizPacReview report explained members of the far left fell for the mistake because, as Ruy Teixeria, a political commentator, noted, they automatically rejected anything a conservative has said.