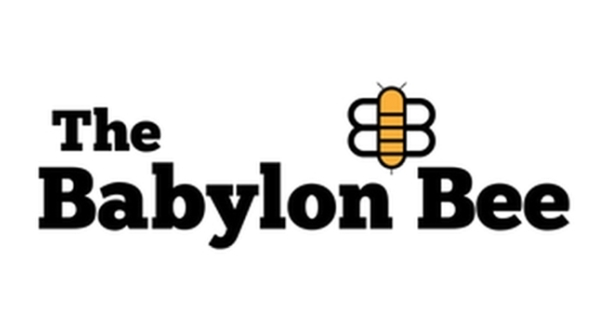 The Babylon Bee is a satire site that has poked fun at conservatives and evangelicals over the years, but the New York Times isn’t laughing about the Bee’s regular use of ironic humor to illuminate the ideas and policies of the political left.

The Times headline, “For Political Cartoonists, the Irony Was That Facebook Didn’t Recognize Irony,” indicated the paper finally was defending the Bee after “ham-handed censorship” by Facebook, Newsbusters said.

Facebook had blocked a Bee story claiming a Democratic senator had accused Justice Amy Coney Barrett of witchcraft during her Senate hearings.

But Times technology reporter Mike Isaac, Newsbusters said, “uncorked another Times attack on the satire site, again ludicrously attacking it as ‘misinformation,’ an angle the paper would never consider with the leftist satire of The Onion.”

The Times said: “The Babylon Bee, a right-leaning site, sometimes trafficked in misinformation under the guise of satire.”

It cited Atlantic Council resident fellow Emerson Brookings saying that in 2019 and 2020, Facebook often dealt with “far-right misinformation sites” that used “satire” claims to protect their presence on the platform,

Brookings suspected Facebook “got tired of this dance and adopted a more aggressive posture.”

On Twitter, Dillons noted the words “trafficked in misinformation” in the Times article are hyperlinked to “presumably a supportive source.”

“But the link they point to is another NY Times piece that actually refutes — rather than supports — the claim being made here by accurately describing us as a legitimate satire site,” Dillon points out.

Newsbusters noted it was not the first time the Times made the “misinformation” claim, “as if the Babylon Bee was some kind of think tank.”

In October 2020, the Times’ Emma Goldberg profiled the Bee, Newsbusters said, “and quoted an even more humorless scholar Nicole Hemmer.”

Hemmer complained that the website’s comedic sensibility “maps really clearly with Trump’s conservatism, which is anti-liberalism more so than it is any kind of principled conservatism.”

Goldberg interviewed the Times’ tech reporter Kevin Roose, who said the Bee’s “habit of skirting the line between misinformation and satire, and how it capitalizes on its audience’s confusion.”

“Put these articles together, and you can see that liberal reporters think conservatives are much dumber, much more easily confused,” Newsbusters said.

In January 2020, the Christian Post reported, the Bee was once again forced to defend itself from accusations of spreading “misinformation.”

He complained that a piece titled “Democrats Call For Flags To Be Flown At Half-Mast To Grieve Death Of Soleimani” topped 500,000 shares on social media, which was the same number of engagements as the top New York Times and CNN articles over the previous week.

In August 2019, the Christian Post reported, the fact-check site Snopes published a study titled “Too Many People Think Satirical News Is Real.”

Written by R. Kelly Garrett, professor of communication at Ohio State University, and his colleagues, it focused on a survey of more than 800 U.S. adults.

But Babylon Bee Editor-in-Chief Kyle Mann noted the researchers paraphrased Bee stories when they asked respondents of they thought they were true.

“That’s an awful way to figure out what percentage of people will believe satire,” Mann tweeted.

“This is totally different from how people actually engage with our stories, where the over-the-top content on the site and social feeds, the site name, our freakin’ tagline, a goofy photoshop, are pretty darn big clues that its satire. … Do people get fooled? Sure, sometimes. But this survey is a horrible way to prove that.”