FBI sued by ACLJ over bureau's abuse of federal law 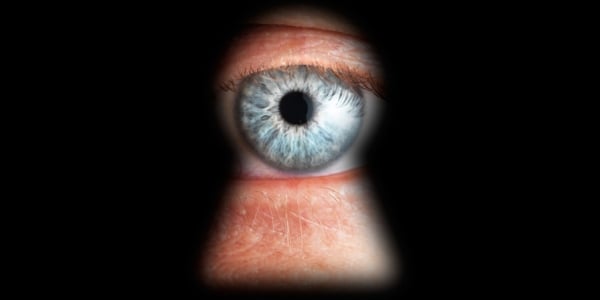 The Federal Bureau of Investigation has been sued by the American Center for Law and Justice over its abuse of the legal system, specifically its manipulations of the Foreign Intelligence Surveillance Act provisions.

The ACLJ said in an announcement the lawsuit follows a Freedom of Information Act dispute in which the bureau failed to provide a range of public documents.

The organization reported it started investigating earlier this year the bureau’s “well-documented abuse of FISA surveillance.”

It was, of course, that procedure that the Democrats in America, including a long list of leftists in Washington, used to attack then-candidate Donald Trump when they fabricated the now-debunked “Russia collusion” conspiracy theory.

They claimed, using faked evidence and false statements, that the Trump campaign in 2016 was colluding with Russia to defeat the election loser, Hillary Clinton. Those allegations have been revealed to be fabrications from Democrat activists, including those within the FBI who assured each other on social media that they would never allow Trump to be president.

The ACLJ explained, “Under the law, the FBI can go to the Foreign Intelligence Surveillance Act (FISA) Court (also called the FISC) and get permission to spy on foreign individuals through having access to the raw data of a person’s phone calls, texts, emails, and so forth. But the law is quite clear in protecting the privacy rights of American citizens and respecting the provisions of the Fourth Amendment of the U.S. Constitution. As a matter of fact, it is against the law to spy on an American using the provisions of this Act.”

The ACLJ added, “Only non-U.S. citizens can have their data queried this way, and it is assumed that the non-U.S. target is also not in the United States. If a U.S. citizen is incidentally caught up in communications with the target of ‘warrantless’ surveillance, their privacy and identity is to be strictly protected through what is called ‘minimization’ or masking. Section 702 of FISA authorizes the Attorney General and the Director of National Intelligence to jointly approve of this ‘warrantless’ surveillance. And the investigation must be related to national security. No other topic or potential crime can be the basis of such surveillance.”

But, the ACLJ said, the Wall Street Journal has confirmed the FBI “performed potentially millions of searches of American electronic data” without a warrant.

In fact, government officials have admitted: “In the first half of the year, there were a number of large batch queries related to attempts to compromise U.S. critical infrastructure by foreign cyber actors. These queries, which included approximately 1.9 million query terms related to potential victims—including U.S. persons—accounted for the vast majority of the increase in U.S. person queries conducted by [the] FBI over the prior year. A batch query is when [the] FBI runs multiple query terms at the same time using a common justification for all of the query terms. Each of the query terms in a batch query is counted as a separate query. These particular large batch queries were reviewed by the Department of Justice and found to be compliant with the FBI’s Section 702 querying procedures.”

Actually, the ACLJ notes, “In 2021, the FBI conducted a total of an estimated 3,394,053 ‘U.S. Person queries of unminimized Section 702-aquired [sic] contents and noncontents for foreign intelligence information and/or evidence of a crime.’ §702(f)(2) requires the FBI to obtain a FISC Order prior to querying for a matter unrelated to foreign intelligence, about a U.S. person about a criminal investigation unrelated to national security. However, the Report states that no FISC Order was obtained in 2021. Further, it identified four instances where the FBI queried even though ‘a FISC Order was required pursuant to Section 702(F)(2) but not obtained prior to reviewing the results of a query.'”

A FOIA request for details was rejected, so the ACLJ now has gone to court in order to obtain “records pertaining to the FBI’s noncompliance with Section 702 of the Foreign Intelligence Surveillance Act.”