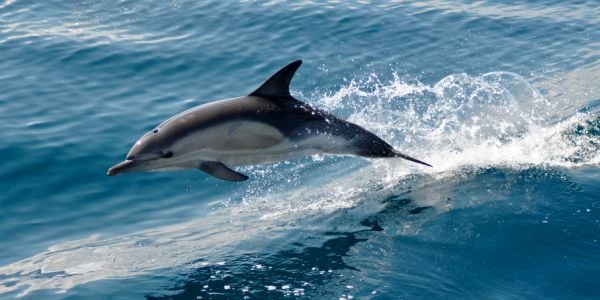 The Pacific Legal Foundation has filed a new lawsuit over a federal order that swimmers have to flee dolphins that may be in the water with them.

The civil rights organization explained its lawsuit was prompted by a ban from the National Marine Fisheries Service on “swimming with dolphins in Hawaii.”

“The Hawaii-specific regulation prohibits people, vessels, and objects from swimming with, or coming within 50 yards of, dolphins – even when the dolphins themselves approach swimmers to play,” the foundation reported.

“For professionals like Eliza Wille, a therapist in Kona, swimming with dolphins is an important part of her practice. This powerful form of experiential therapy draws out emotions in patients who have difficulties in traditional talk-therapy settings. The ban completely shuts down this mode of therapy, without regard for the value individuals receive from interacting with the playful animals, despite the lack of harm to Hawaii’s spinner dolphin population,” the foundation reported.

“The prohibition of dolphin interactions also threatens the tourism industry that relies heavily on respectful interactions with wildlife,” the foundation reported.

It describes the rule as unconstitutional as it was “created” by an agency civil servant without that authority.

“Especially when regulations have devastating implications for businesses and individuals, it is crucial that decision-makers can be held accountable,” said Pacific Legal Foundation attorney Michael Poon. “Under the Constitution, issuing regulations is the job of appointed officials who answer to the democratic process, not low-level career bureaucrats.”

The case is Eliza Eille v. Raimondo, and is pending U.S. District Court in Maryland.

The foundation explained Hawaii’s economy relies heavily on attractions such as the popular experience of swimming with dolphins – specifically spinner dolphins.

“These social, acrobatic mammals have fostered valuable experiences for tourists and residents and have given rise to a thriving industry for boat captains, dolphin guides, and even therapists,” the organization confirmed.

But it was some “low-level federal bureaucrat in the National Marine Fisheries Service” that banned the activity.

The complaint outlines how there have been no reports of declines of, or harms to, any dolphin populations because of the various “careful” interactions.

“The agency nevertheless decided that these harmless encounters constituted harassment under the Marine Mammal Protection Act, because they could change the dolphins’ ‘natural’ behavior,” the foundation said.