Globalist WEF urges people to give up car ownership 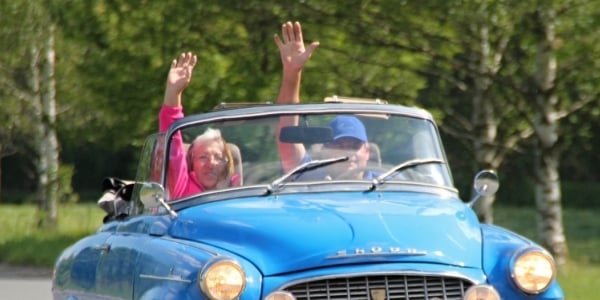 A World Economic Forum leader has cheerfully told younger people they can look forward to a future in which they will own nothing and be happy.

So it’s no surprise that giving up private cars – an icon of American culture symbolic of the nation’s spirit of independence and distinctive upholding of individual rights – will be one of the many adjustments people will have to make to save the planet and create a glorious future, according to WEF. 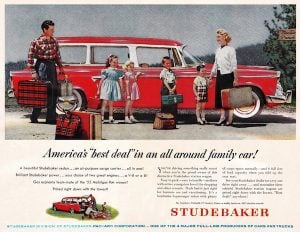 “The average car or van in England is driven just 4% of the time,” which is “not at all resource efficient,” argues Winnie Yeh, who is described as WEF’s “lead” for “responsible sourcing.”

“More sharing can reduce ownership of idle equipment and thus material usage,” she writes in an article published on WEF’s website that was spotlighted by the Gateway Pundit.

She points out that “car sharing” internet platforms such as Getaround and BlueSG allow people to rent vehicles on an hourly basis.

All of this, she said, is “part of broader transition from ownership to usership.”

Back to the future
If, ultimately, nations choose to ban private car ownership outright, it wouldn’t be the first time. Albania’s Stalinist regime did not allow citizens to own cars during its half-century of tyrannical rule.

In 1988 – as the Communist Party’s grip on power eased slightly after the death of its founding dictator, Enver Hoxha – an Albanian official told the Christian Science Monitor the government still did not “want to start private ownership of cars.”

“We cannot afford it, and it would create too big social differences,” he said.

The communist dictatorship officially ended in December 1990, and with it the ban on car ownership.

Peter Lucas – who became the first American reporter to visit Albania in 30 years when he landed in the capital Tirana in 1986 – wrote a column recalling his experience as Sen. Ed Markey, D-Mass., and Rep. Alexandria Ocasio-Cortez, D-N.Y., were announcing their “Green New Deal” plan in 2019.

The Albania he witnessed in the 1980s “was their Green New Deal come true,” he wrote.

“There were no cars in Albania. You could not own one, buy one, rent one or steal one.”

The exception was vehicles owned by the government, and Lucas said that on rare occasions he saw a dark limousine with shaded windows speeding down the main boulevard in Tirana.

“Fearful pedestrians would surmise that the limo carried Communist Party big-wigs, the only privileged people who had access to cars and chauffeurs,” he wrote.

Lucas pointed out that “the lack of access to cars meant that in the Albanian police state the people could be watched easily.”

“You could travel only so far by donkey or by bicycle.”