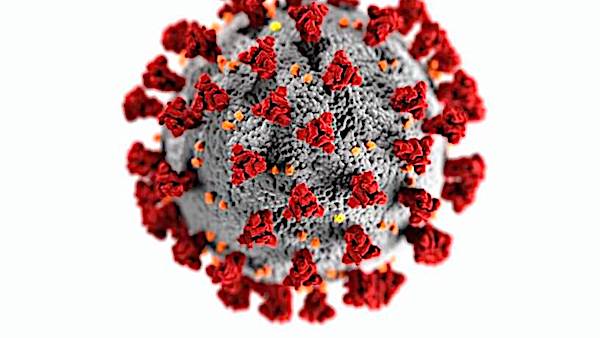 A ranking member of the House Foreign Affairs Committee has delivered a scathing review of what’s believed to be the origins of the COVID-19 pandemic, charging that “gain-of-function” work at the Wuhan Institute of Virology was done under “unsafe conditions.”

It’s now believed by many that the coronavirus pandemic, which so far has purportedly killed an estimated four million people worldwide, got loose from the WIV in China, an institute to which American taxes have been directed multiple times.

In a report that was posted online about COVID, U.S. Rep. Michael McCaul, R-Texas, explained, “As we continue to investigate the origins of the COVID-19 pandemic, I believe it’s time to completely dismiss the wet market as the source of the outbreak. Instead, as this report lays out, a preponderance of the evidence proves that all roads lead to the WIV.”

He continued, “We know gain-of-function research was happening at the WIV and we know it was being done in unsafe conditions. We also now know the head of the Chinese CDC and the director of the WIV’s BSL-4 lab publicly expressed concerns about safety at PRC labs in the summer of 2019.”

He said, “It is our belief the virus leaked sometime in late August or early September 2019. When they realized what happened, Chinese Communist Party officials and scientists at the WIV began frantically covering up the leak, including taking their virus database offline in the middle of the night and requesting more than $1 million for additional security. But their coverup was too late – the virus was already spreading throughout the megacity of Wuhan. Within a month, satellite images show a significant uptick in the number of people at hospitals around the WIV with symptoms similar to COVID-19. At the same time, athletes at the Military World Games became sick with symptoms similar to COVID-19. Some of them carried the virus back to their home countries – creating one of the earliest super spreader events in the world, and explaining how countries who participated in the games had reported cases as early as November 2019.”

He expressed alarm how much disinformation has been unleashed by the experts in the field.

“It is also concerning the scientific community told the American people for more than a year it was impossible to modify a virus without leaving a trace when this technology existed more than 14 years before the pandemic began. As this report lays out, researchers at the WIV were also able to successfully modify coronaviruses without leaving a trace as early as 2016. Therefore it is no longer appropriate for anyone to dismiss the notion this virus could have been genetically modified before it leaked from the WIV.”

He called for the U.S. government to “root out the full truth of how this virus came to be,” and that includes a subpoena for Peter Daszak to testify before the House Foreign Affairs Committee.

“This was the greatest coverup of all time and has caused the deaths of more than four million people around world, and people must be held responsible,” he said.

The new report lists evidence “that points to the Wuhan Institute of Virology as the source of the outbreak, and outlines some of the many steps researchers at the WIV along with Peter Daszak of EcoHealth Alliance took to cover up the research being done there,” explained an announcement about the new charges.

A statement from the Foreign Affairs Committee revealed there were “significant concerns” about “lax safety protocols” including at the Wuhan facility.

“There were multiple requests for maintenance at the WIV, including in their new facility that had been operational for less than two years,” the statement said. “Some of those requests included maintenance on ‘environmental air disinfection system’ and ‘hazardous waste treatment system’ – which would indicate concerns about how these systems meant to prevent lab leaks were functioning.”

Further, scientists there were doing “gain-of-function” research at a leg that offered the “same safety protocols as a dentist’s office.”

The Washington Examiner said the Republicans on the committee found there was evidence of a lab leak, genetic modification and significantly, a coverup.

“The preponderance of evidence suggests SARS-CoV-2 was accidentally released from a Wuhan Institute of Virology laboratory sometime prior to September 12, 2019,” the report found.

It says “Wuhan lab researchers, CCP officials, and ‘potentially American citizens’ all ‘directly engaged in efforts to obfuscate information related to the origins of the virus and to suppress public debate of a possible lab leak.'”

The comments were in an addendum to a report released a few months ago from the GOP’s China Task Force.

The State Department previously charged that Wuhan lab researchers had experimented with a bat coronavirus identified by the WIV in January 2020 as its closest sample to SARS-CoV-2 and the lab “has a published record of conducting ‘gain-of-function’ research to engineer chimeric viruses.”

EDITOR’S NOTE: Americans are just starting to discover that much of what they thought they knew about the COVID-19 pandemic has been a lie. At the same time, the reality of safe, effective, inexpensive and readily available medications that can both treat and prevent COVID infection – successfully used all over the world – has been ruthlessly suppressed at every turn. But the truth is finally emerging, and is explored in-depth in the latest issue of WND’s acclaimed monthly Whistleblower magazine, titled “ENDING THE PANDEMIC: How vaccine mania and lust for power led to the all-out suppression of proven safe-and-effective COVID treatments.” “ENDING THE PANDEMIC” is available in Whistleblower’s state-of-the-art digital form. Better yet, SUBSCRIBE TO WHISTLEBLOWER (print edition) and get 12 powerful issues plus a free gift, or else get an ANNUAL DIGITAL SUBSCRIPTION.