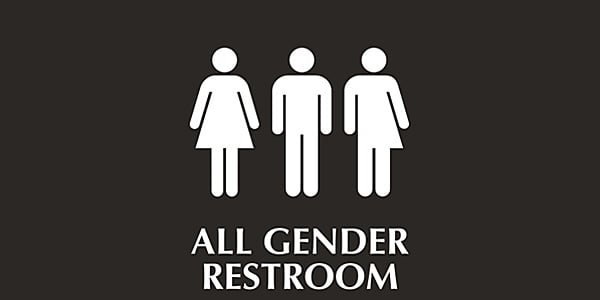 When a liberal Congress member posted a transgender flag outside her office to annoy the conservative lawmaker across the hallway, she got a response.

And she should have expected no less, since her neighbor is freshman Rep. Marjorie Taylor Greene, R-Ga.

Our neighbor, @RepMTG, tried to block the Equality Act because she believes prohibiting discrimination against trans Americans is “disgusting, immoral, and evil.”

Thought we’d put up our Transgender flag so she can look at it every time she opens her door 😉🏳️‍⚧️ pic.twitter.com/dV8FatQFnx

Thought we’d put up ours so she can look at it every time she opens her door 😉🇺🇸 https://t.co/7joKpTh6Dc pic.twitter.com/aBGRSiIF6X

She said Greene “tried to block the Equality Act because she believes prohibiting discrimination against trans Americans is ‘disgusting, immoral, and evil.’ Thought we’d put up our Transgender flag so she can look at it every time she opens her door.”

The Equality Act adds people who identify as LGBT to the categories of people protected by civil rights laws.

The Heritage Foundation argues the law would cause harm by forcing employers and workers to conform to new sexual norms. It would force hospitals and insurers to provide and fund therapies for transgenderism, despite moral or medical objections; normalize hormonal and surgical procedures for gender dysphoric children; require “ideological” lessons in schools; dismantle sex-specific facilities, sports and spaces; and shut down faith-based adoption and foster care agencies.

The NOQ Report website thinks Greene got the best of the exchange, noting the Georgia lawmaker’s video has drawn more than 1 million views so far.

The site noted the “trust the science” mantra is “often used by the left to insinuate that conservatives are bereft of scientific understanding.”

“They use this to impose their Covid-19 mandates, promote climate change hysteria, and demonstrate why killing pre-born babies is okay. Their science is questionable but the biology invoked by Greene is absolute.”

On the House floor, Greene tried to block Democratic efforts to advance the Equality Act by moving to adjourn.

She said on Twitter she was trying “to give every Member of Congress time to rethink destroying #WomensRights and #WomensSports and #ReligiousFreedom before voting for the #EqualityAct!”

Newman said she supports the legislation “for my daughter,” a male who identifies as female.

Greene responded: “As mothers, we all love and support our children. But your biological son does NOT belong in my daughters’ bathrooms, locker rooms, and sports teams.”