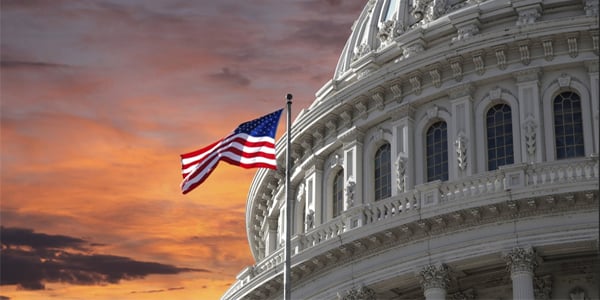 They’re now vilifying the Republican opposition as the “enemy” and “white supremacists,” insisting many members are unworthy to even be in Congress.

“The enemy is within the House of Representatives,” she said, commenting on the boost in security for lawmakers.

“I do believe and I have said this all along that we will probably need a supplemental for more security for members when the enemy is within the House of Representatives. A threat that members are concerned about in addition to what is happening outside,” she said.

Speaker Pelosi says ‘the enemy is within the House of Representatives’ while speaking on member security pic.twitter.com/uWelVnH8On

“It shouldn’t be that not only is the president of the United States inciting an insurrection, but keeps fanning the flame endangering, uh, the security of members of Congress, to the point that they’re even concerned about members in the House of Representatives being a danger to them,” she charged.

Her reference was to the former president, who was impeached by the House earlier this month and will be the subject of a constitutionally suspect Senate trial after having left office.

Pelosi was asked to explain what she meant by “enemy within.”

Her reference likely was to Rep. Lauren Boebert, R-Colo., who has explained why she wants to protect herself in a city known to have a high crime rate.

While addressing members’ security concerns, Pelosi says that they’ll need additional protective measures when “the enemy is inside the House of Representatives.” pic.twitter.com/M6MkKPXOqM

Meanwhile, Ocasio-Cortez said there’s a difference between the Republican caucus in the previous Congress and the current one.

“That difference was that it really felt that last term, the Republican caucus was one of extreme fealty to Donald Trump. There were some that were true believers,” she said.

“This term, there are legitimate white supremacist sympathizers that sit at the heart and the core of the Republican caucus in the House of Representatives and when you see someone like the major, like the House minority leader Kevin McCarthy of the Republican party respond to white supremacist vitriol coming from his own members, not with censure, like they did with, uhm, Rep. Steve King of Iowa, uhm, not with, being stripped of committees, not with any consequence, you have to wonder where, who actually has that power, and it increasingly seems, unfortunately, that in the House Republican caucus, Kevin McCarthy answers to these Q-Anon members.”

She condemned McCarthy for saying he will speak with a Congress member about statements made years ago.

The Business Insider noted Ocasio-Cortez repeatedly has accused Republican lawmakers such as Sens. Ted Cruz of Texas and Josh Hawley of Missouri of “inciting” the mob that stormed the Capitol building on Jan. 6.