Hunter's baby mama wants details on his income from $500,000 paintings 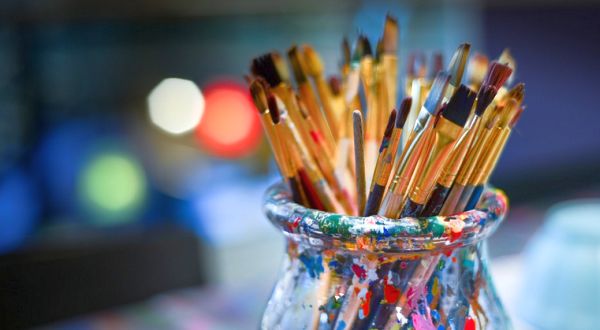 Hunter Biden is asking a court to change a final ruling for child support for his daughter, Navy Roberts, 4, who lives with her mother, Lunden Alexi Roberts, a former stripper that Hunter claims to not remember “encountering.”

And he wants evidence that he’s having to submit to the court kept secret.

Which has raised objections from Roberts, who suggests that since his income has changed radically, she has a right to know.

WND already has reported that Roberts has requested the court change her daughter’s last name to Biden, since she would be benefited by having the same politically affluent last name as her father.

Now a report in the Daily Mail, from the United Kingdom, explains that Biden has painted himself “into a corner as mother of his love child demands he reveal identities of mystery – and perhaps foreign – buyers who have paid $500K for his works.”

He cried “poverty” to ask a court to lower his child support, the report said.

And key to the situation is that as Biden is a self-taught, amateur painter, the family’s critics suggest that those paying enormous sums for his daubs actually are paying for access to Joe Biden, the president.

The Daily Mail noted Hunter Biden wants his payments lowered, and he says the reason is that he’s experienced a “substantial material change” in his finances.

Roberts, 31, therefore wants to know how much he made from his paintings, who bought them, and more.

The report noted a source explained if Hunter “wants to renegotiate the child support on financial grounds he’ll have no choice but to disclose details of all his income.”

The Daily Mail was blunt in its assessment of his situation: “Wannabe artist Hunter Biden has continued to brush aside awkward questions about who exactly is ponying up $500,000 for his novice paintings – especially as his dubious business dealings with foreign adversaries keep coming back to haunt him. But that could change in a stroke thanks to the First Son’s brazen bid to pay less child support for his four-year-old lovechild, Navy Joan Roberts.”

Roberts’ request could in the end “force Hunter to finally disclose in publicly-filed court documents the identities of the mystery art lovers who are shelling out between $75,000 and $500,000 for works by a self-taught beginner,” the report said.

Members of Congress also have expressed interest in Hunter Biden’s phenomenally high-priced paintings, but have not yet been able to pry such information out of those who facilitate the high dollar deals.

Navy Joan is the fourth of Hunter Biden’s five children.

And, the Daily Mail report noted, “If Roberts can prove the recovering drug addict is actually banking more thanks to his newfound vocation the court could decide to raise his child support payments instead of lowering them.”

Besides Hunter’s decision to not recognize his daughter, her grandparents, Joe and Jill Biden, have adopted the same attitude. Recent “family” photographs of the Bidens’ extended clan have excluded her.

Roberts previously won what was reported as a $2.5 million settlement from Hunter when she took him to court in 2019 and forced him to take a DNA test to prove paternity. Hunter had claimed, at the time when he was driving a Porsche and living in a $12,000-per-month rental, that he was “unemployed and had no monthly income.”

He reached the out-of-court settlement when a judge ordered him to produce financial records.

Hunter Biden has, in fact, insisted on a “protective order” from the court that would keep all of his information secret.