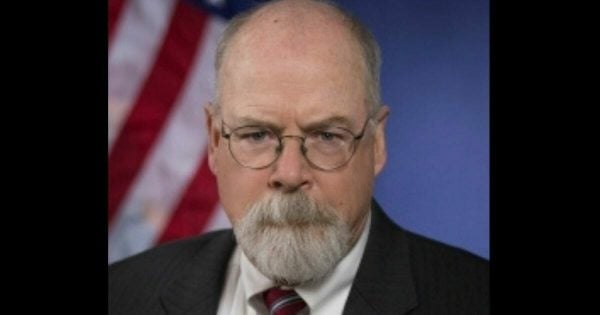 The special counsel investigation by John Durham of the origin of the Trump-Russia probe under President Obama reappeared in the news Friday.

The Wall Street Journal reported Durham, who was appointed by former Attorney General William Barr in 2019, has been presenting evidence before a grand jury, according to a person familiar with the matter.

It could be a sign that Durham is considering additional criminal charges, the paper said. Last year, Durham brought a charge against former FBI lawyer Kevin Clinesmith, who admitted altering an email about Trump campaign aide Carter Page, a target of FBI surveillance. Clinesmith agreed to a plea deal and was sentenced to probation.

A report from Durham also is expected, although there had been many indications it would be submitted before the November 2020 elections.

Barr asked Durham to probe how the FBI and intelligence community under Obama launched an investigation of Trump’s presidential campaign on allegations it was collaborating with Russia to win the 2016 election against Hillary Clinton.

Durham is examining whether “several lower-level FBI employees, and people who aren’t in government” who provided information to the FBI that fueled the Trump-Russia probe knew their claims were false, the Wall Street Journal said.

Robert Mueller’s costly special counsel probe of nearly two years was unable to establish that were was any collusion between the campaign and Russia.

A separate review of the Obama Russia investigation by the Justice Department’s inspector general, Michael Horowitz, found 17 significant errors and omissions in the FBI applications to spy on Page.

One of the areas of focus in Durham’s probe is the FBI’s use of the so-called anti-Trump dossier by former British spy Christopher Steele in its applications for surveillance warrants to monitor Page’s communications.