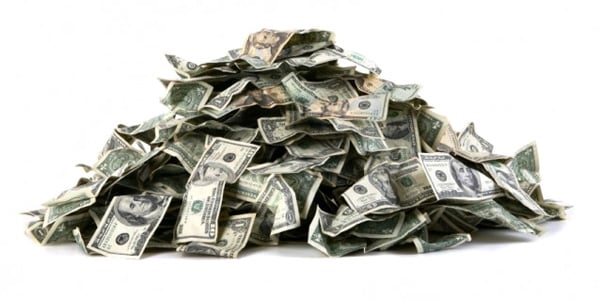 A federal judge in Pennsylvania has refused a government request to dismiss a lawsuit against the Transportation Security Administration and the Drug Enforcement Administration over the confiscation of $82,373 in cash from an innocent traveler.

WND reported money was seized by a bank from Terry Rolin in a nearby state and ended up in government hands.

It was returned, but Rolin filed a class-action lawsuit that will advance with the judge’s rejection of the motion to dismiss.

The Institute for Justice said Rolin used boxes and jars to accumulate the cash over many years. His daughter, Rebecca Brown, persuaded him to turn it over to her so she could pay his bills and put the rest in a bank.

The local banks, however, were closed that day, so she planned to take the cash with her on a flight from Pittsburgh to Boston and then deposit it.

The DEA seized the cash at the airport.

IJ explained that when travelers “go online to find out whether it is legal to fly with cash, the government tells them that there are no restrictions on traveling with any amount of money on domestic flights.”

“What it does not tell flyers is that, upon seeing cash, Transportation Security Administration screeners will detain them and turn them over to law enforcement, who will take their money without any cause for suspicion and without filing any criminal charges.”

“Seizing and forfeiting someone’s savings should not be done lightly, yet we’ve documented how easy it is for law enforcement to take money at airports without any evidence of a crime,” he said. “Now, thanks to our class action lawsuit, we are going to uncover the truth behind how and why the government is targeting innocent flyers, and ultimately put an end to this predatory practice.”

The DEA returned Rolin’s money after the lawsuit was filed, “but only after holding it for over six months without any accusations of criminality, let alone criminal charges,” IJ said.

“Additional named plaintiffs joined the suit in July 2020. DEA seized $43,000 from Stacy Jones at the Wilmington, North Carolina, airport in May 2020 as she was flying home to Tampa. The agency returned her money after she joined the lawsuit and nine months after it was seized. Once again, criminal charges were never filed.”

IJ Attorney Jaba Tsitsuashvili said TSA’s and DEA’s
unconstitutional conduct across the country suggests that the agencies are more interested in seizing cash than securing safety.”

“And these seizures subject people to a confusing bureaucratic process, without an attorney provided, where a single misstep could mean losing their life savings forever,” Tsitsuashvili said. “Even those who succeed in getting their money returned are deprived of it for months or years, often upending their lives. No one should lose their money without a criminal conviction.”

The motion to dismiss was rejected by U.S. District Court Judge Marilyn Horan.

'Stop with your bull****': TV anchor has on-air meltdown on anti-vaxxers

Buttigieg hammered for doing nothing to stop 5G airline chaos