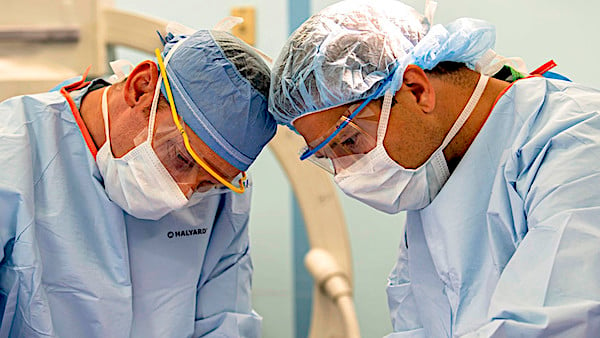 A federal judge has issued a ruling that protects some doctors from an Obamacare requirement that they perform gender “change” surgeries.

The concept is a misnomer to begin with, since being male or female is embedded in the human body down to the DNA level. But the requirement was part of the socially progressive effort created by the Obama administration that presumes people have the ability to change their gender.

In a case brought by the Religious Sisters of Mercy, Catholic Benefits Association and others, U.S. District Judge Peter Welte in North Dakota granted a request to prevent the U.S. Department of Health and Human Services, as well as the Equal Employment Opportunity Commission, from enforcing the Obamacare requirement.

“The court declares that HHS’s interpretation of Section 1557 that requires the Catholic plaintiffs to perform and provide insurance coverage for gender-transition procedures violates their sincerely held religious beliefs without satisfying strict scrutiny under the [Religious Freedom Restoration Act],” the judge said.

“Accordingly, the court permanently enjoins and restrains HHS, Secretary Azar, their divisions, bureaus, agents, officers, commissioners, employees, and anyone acting in concert or participation with them, including their successors in office, from interpreting or enforcing Section 1557 … or any implementing regulations thereto against the Catholic plaintiffs in a manner that would require them to perform or provide insurance coverage for gender-transition procedures, including by denying federal financial assistance because of their failure to perform or provide insurance coverage for such procedures or by otherwise pursuing, charging, or assessing any penalties, fines, assessments, investigations, or other enforcement actions.”

But the judge said compliance with the challenged laws “would violate the Catholic plaintiffs’ religious beliefs as they sincerely understand them.”

“The ‘exercise of religion’ involves ‘not only belief and profession but the performance of (or abstention from) physical acts.'”

The EEOC’s “interpretation” of Title VII, which forbids employers from engaging in “sex discrimination,” requires the CBA and its members to provide insurance coverage for gender-transition procedures. The court ruled that “violates their sincerely held religious beliefs without satisfying strict scrutiny.”

Just the News noted that in 2016, HHS redefined Section 1557 of Obamacare to ban insurance plans “with gender-transition exclusions.”

But HHS failed to establish and exemption for religious reasons.

The judge said “a violation under the RFRA is akin to a violation of their First Amendment rights.”