Judges agree to limits on what Christians can say in workplace 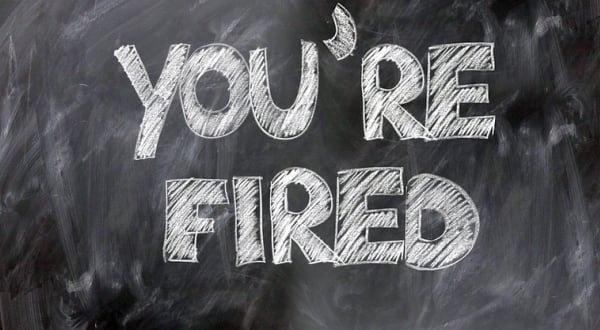 A court in the United Kingdom has agreed to limit what Christians can say in the workplace in a case involving a magistrate who was fired for arguing children raised by a mother and a father tend to fare better in life.

The U.K. Court of Appeal concluded it was legal for Richard Page, 74, to be suspended from his job at the National Health Service Trust for his advocacy for the traditional family, the British charity Christian Concern said.

Page said in a statement released by Christian Concern, which is representing him, “I am surprised at the Lord Chancellor should seemingly pander to the new political orthodoxy when what it amounts to is social experimentation on the lives of the most vulnerable children in our communities.

“To punish me and to seek to silence me for expressing a dissenting view is deeply shocking,” he continued. “I shall challenge this decision as it is illiberal and intolerant. It is vital that family law courts always have in mind the best interests of the children.”

In the Court of Appeal opinion, Lord Justice Underhill said, “The extent to which it is legitimate to expect a person holding a senior role in a public body to refrain from expressing views which may upset a section of the public is a delicate question.”

But he said Page “had a particular interest in expressing publicly his views about same-sex adoption in the context of his removal as a magistrate, which was a legitimate matter of public debate.”

That viewpoint, the ruling said, could cause “offense.”

Lawyers for Page said in a hearing last November that affirming his removal on those grounds would force Christians holding traditional views about sexual morality into silence, making it almost impossible for them to hold any kind of public office.

Underhill dismissed the claim, insisting it’s not about whether one can hold beliefs but whether expressing beliefs “on matters of particular sensitivity” can be restricted.

“The freedom to express religious or any other beliefs cannot be unlimited,” Underhill charged. “In particular, so far as the present case is concerned, there are circumstances in which it is right to expect Christians (and others) who work for an institution, especially if they hold a high-profile position, to accept some limitations on how they express in public their beliefs on matters of particular sensitivity.”

Andrea Williams, chief executive of the Christian Legal Center, said, “This is the first time the Court of Appeal has endorsed the perverse distinction between unlawful discrimination for Christian beliefs and lawfully dismissing someone for offending an LGBT audience by expressing those beliefs.

“This is simply an artificial way to exclude Christian beliefs from the protection of the law. Nobody would get away with applying a similar distinction to any other protected characteristic. You would not get away with dismissing a homosexual for coming out as a homosexual, and then saying: ‘we duly respect your sexual orientation as long as you keep it to yourself’. This is an unfair and chilling decision, and the Supreme Court should put it right.”

She said the judgment tells the public that Christians “must self-censor and be silent.”

“If they express their beliefs in private to colleagues, they will be reprimanded, and if they then state those beliefs to the media, they will be sacked and will have their lives torn apart,” Williams said.

Page was a magistrate on the family panel of the Kent Central Magistrates Court. He said his goal always was the best interests of the child involved. His original offense was to disagree with others in the court that a child’s “best interest” was to be with a same-sex duo.

What’s REALLY at stake in the midterm elections