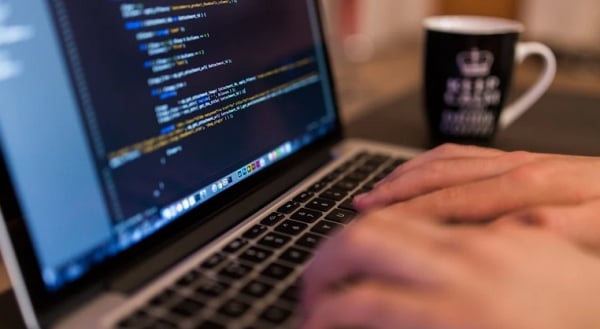 Twitter falsely claimed that the data from a laptop computer abandoned at a repair shop by President Biden’s son Hunter Biden was “hacked,” damaging the reputation of the shop owner.

So charges a lawsuit filed this week by John Paul Mac Isaac against Twitter.

The Washington Examiner reported the lawsuit, filed in Florida, is similar to one filed by Mac Isaac against Twitter earlier in Delaware.

Beth Bloom, a federal judge there, at that time dismissed the first case, claiming the court had no jurisdiction, even though Twitter was based in Delaware and Isaac lived in the state at the time.

Twitter’s decision just prior to the 2020 election to describe the Hunter Biden material as “hacked” played a large role in suppressing it. Messages found on the laptop reported by the New York Post contradicted Joe Biden’s claim that he knew nothing about his son’s business deals trading on the power of the vice presidency.  And messages confirmed by former business partners show Joe Biden himself was profiting from the deals.

Rudy Giuliani, then a lawyer for President Trump, said he got a copy of the computer hard drive that was made before it was turned over to the FBI. Hunter Biden has not denied the computer was his.

The Post promoted its articles on Twitter, but the social media banned them, claiming the material was “hacked” and violated its policies.

“Twitter knew or should have known that its statement that the New York Post’s story contained hacked materials would cause harm to the plaintiff,” the complaint alleges. “The statements allege that Plaintiff committed crimes including (but not limited to) computer hacking of the son of the Democratic Party nominee, now President, Joe Biden. The implication of an attempt to undermine American democracy and the 2020 presidential election is obvious.”

Mac Isaac wants “a public retraction of all false statements and to issue a public apology.”

“Plaintiff is not a hacker and the information obtained from the computer does not constitute hacked materials because plaintiff lawfully gained access to the computer, first with the permission of its owner, Biden, and then, after Biden failed to retrieve the recovered data despite plaintiff’s reuses, in accordance with the Mac Shop’s abandoned property police,” the complaint states.

“Plaintiff, as a direct result of defendant Twitter’s actions and statements, is now widely considered a hacker.”

Defenders of Joe Biden, including establihsment media, initially insisted the laptop was part of a Russian disinformation operation.

The claims echoed similar charges by Democrats and the media that the Trump campaign in 2016 colluded with Russia to win the election. Now, there’s evidence that a document that drove the Obama administration’s Trump-Russia probe, the Steele dossier, was based on Russian disinformation.

The Examiner said: “In his new lawsuit, Mac Isaac said he now lives in Colorado as he filed the lawsuit in Florida, arguing Twitter operates in Florida, has Florida offices, and caused injury to Mac Isaac while doing business in Florida. His lawsuit was also filed against MadBits LLC, which he claimed ‘exists solely to allow Defendant Twitter to operate its business and employ employees in the State of Florida.'”

After the election, Hunter Biden revealed he had been under investigation by federal authorities for more than a year regarding his taxes.

“While the full scope of the federal inquiries has not been made public, the younger Biden’s financial dealings with China are likely at the forefront,” the Examiner said.