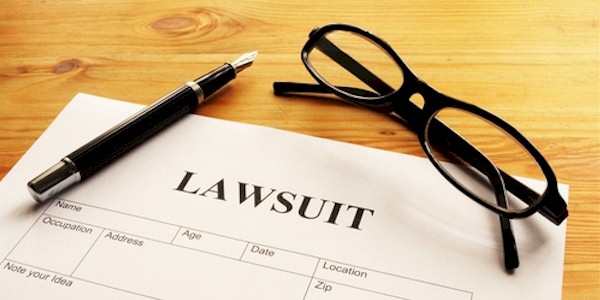 And Kevin Byrd faced an officer with a federal badge who was pointing a gun at him, pulling the trigger and trying to make the gun fire – all unlawfully.

Those two situations, and others, are the focus of a new effort to persuade the U.S. Supreme Court to take away the absolute immunity those officers now enjoy.

The Institute for Justice explains that some 60 million Americans now live in states where federal police can escape accountability even when they clearly violate someone’s constitutional rights.

Petitions to the Supreme Court in the two cases being handled by the IJ were filed recently. The appeal in Mohamud’s case came through the 8th U.S. Circuit Court of Appeals and the other, through the 5th Circuit.

And earlier this year, the IJ requested that the high court take the case of José Oliva, a 70-year-old Vietnam veteran who was brutally choked and beaten by federal police in a Veterans Affairs hospital in an unprovoked attack caught on camera.

“If state or local police officers took the same actions as the officers in Hamdi’s, Kevin’s or José’s cases, they could be held accountable in a court of law by their victims for clearly violating their constitutional rights; but the courts have turned a federal badge into a shield against the Constitution, and that needs to change,” said Institute for Justice Attorney Patrick Jaicomo. “This absolute immunity for federal police officers makes no sense and violates this country’s founding principle that where there is a right, there must be a remedy.”

IJ lawyer Anya Bidwell explained, “Right now, if you live in the heartland of America—from Minnesota to Louisiana and Texas to North Dakota—anyone who carries a federal badge can violate your constitutional rights with absolute impunity. There is a federal statute that allows state and local officers to be held accountable when they violate someone’s constitutional rights, and the courts have leaned on the fact that there is no analogous law doing the same for federal officers, thereby allowing them to escape accountability.

“But this groundless legal theory ignores the first 200 years of this nation’s history and the limits on federal officials imposed by the Constitution itself. Federal appeals courts will continue to advance this legal fiction with horrific consequences for ordinary Americans like Hamdi, Kevin and José until the U.S. Supreme Court fixes this once and for all.”

The federal judge in Byrd’s case said, “Private citizens who are brutalized—even killed—by rogue federal officers can find little solace” in the current accountability framework. “[R]edress for a federal officer’s unconstitutional acts is either extremely limited or wholly nonexistent, allowing federal officials to operate in something resembling a Constitution-free zone.”

IJ President Scott Bullock said, “IJ, through our Project on Immunity and Accountability, seeks to ensure that the Constitution serves to limit the government in fact, not just in theory, and that promises enshrined in its Bill of Rights are not empty words but enforced guarantees. IJ does all this because we believe that if citizens  must follow the law, then government and its officials must follow the Constitution.”