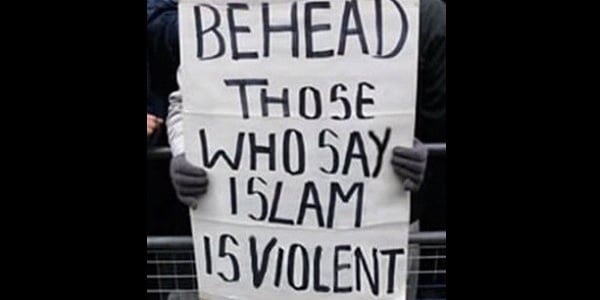 A lawyer who worked for the state of Tennessee has lost his job because he, on social media years ago, endorsed President Trump’s plan to prevent unlimited immigration of people from regions of the world that support terror.

That plan later was endorsed by the courts.

Legacy media outlets and Trump antagonists immediately labeled it a “Muslim ban” because some of the terror-fomenting parts of the world where new restrictions would be applied if travelers wanted to come to the U.S. were Muslim majority.

But the president’s order discussed terror, not Muslims, and the label was contrived to try to damage the president.

At that time, Robert Spencer of Jihad Watch wrote at PJMedia, lawyer Jerry Morgan praised President Trump for “talking big against Muslims,” and “said Islam was not a peaceful religion and made comments linking the faith with violence and ‘Muslim terrorists.'”

But he explained that Morgan was accused by a lawyer under investigation by the Tennessee Board of Professional Responsibility, for which Morgan worked, of being an anti-Muslim “bigot.”

The charges, Spencer said, were from Brian Manookian, “who according to the Tennessean ‘was suspended from practicing law last year after the Board of Professional Responsibility said he violated ethics rules by sending threatening emails.'”

The Administrative Office of the Courts started an investigation of Morgan, and he resigned.

Now Morgan has written at JihadWatch in his own defense.

“I have never met this attorney. I have never spoken to him. In fact, he had independent counsel file his motion and make the argument, so I did not even see him then. Nonetheless, the day after his motion to stay was denied, he – through his counsel – filed a motion to disqualify me as an ‘anti-Muslim bigot.’ He claimed that his wife (who I also have never met) is Muslim, and therefore I could not be an objective attorney handling the appeal. Moreover, he claimed that I was not even fit to be employed by the state of Tennessee,” Morgan wrote.

“He apparently did a deep dive into my Twitter account and found tweets from 2015 and 2016 – four years before I was even a state employee – in which I apparently supported then-candidate Trump’s position that the country should not continue to allow people in from Islamic terrorist hot spots if we could not verify them. In that vein, I allegedly tweeted several articles discussing this issue, and emphasized that we should be diligent and aware of Islamic terrorism,” Morgan explained.

He said he could not even find some of the tweets ascribed to him since the archive only went to 2018.

But he said he was accused of ‘ridiculing liberals and Democrat lawyers.”

“I have never treated anyone unfairly or with a religious bias, whether on the board or otherwise. In fact, I have worked with Muslim immigrants in Romania, while on trips to visit my wife’s family. Nor do I believe that all Muslims are terrorists. In fact, I believe that the number of Islamic terrorists is incredibly small when compared to the overall number of Muslims,” he said.

“Nor did my religious or political viewpoint have anything at all to do with this attorney’s case,” he said.

In the end, he said the attack he sustained was “based on nothing more than his own allegations that I could not be objective.”

The “cancel culture,” he said, had won again.