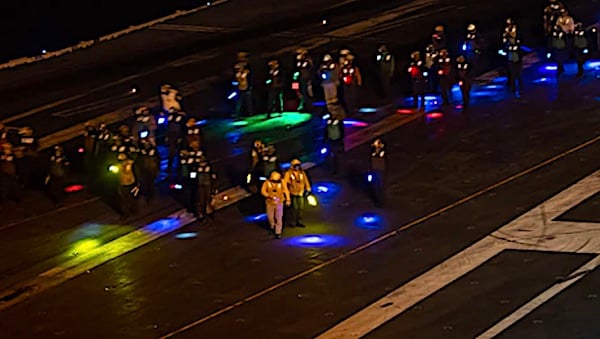 It was only weeks ago that the former superintendent of Loudoun County Public Schools in Virginia was indicted by a special grand jury report that found the district mishandled sexual assault cases involving students.

The situation drew national attention because the assaults were attributed to a boy who had been allowed by the district to wear skirts and use the restrooms for girls.

Now, because of those assault cases, the Washington Examiner reports, a legal organization is demanding the U.S. Department of Education launch a Title IX investigation.

“In a Wednesday letter to Assistant Secretary of Education for Civil Rights Catherine Lhamon, America First Legal senior adviser Ian Prior urged the department to investigate the school district, a month after a Virginia special grand jury blasted the school district for failing to properly respond to the two assaults, which occurred in district high schools in 2021,” the Examiner explained.

Prior wrote, “The special grand jury found that the sexual assault at Broad Run High School ‘could have, and should have, been prevented.’ Unfortunately, Loudoun County Public Schools, at a minimum, acted with deliberate indifference to allegations of sexual assault and harassment and willfully ignored its obligations under Title IX in dealing with that victim’s assailant.”

Prior continued, “It is imperative that this be remedied to protect students and prevent further situations like those that occurred at Stone Bridge and Broad Run High Schools. Accordingly, we ask that the department promptly open an investigation into the allegations in the complaint, take all actions necessary to remedy the unlawful practices and procedures, and order all appropriate relief.”

Ziegler was fired by the school board after the grand jury report came out, and the board has considered plans to “ensure the safety” of students and staff.

Prior condemned the school’s failings.

“Instead of focusing on policies, regulation, and procedures to provide students with a safe environment where they can thrive and achieve excellence, public school systems like this one are far more concerned with enacting political agendas and treating parents and the rule of law as mere inconveniences that can be ignored,” he said. “It is the obligation of the Department of Education to enforce Title IX. There is no school district in America more deserving of scrutiny than Loudoun County Public Schools.”

The Loudoun school scandal also included the incident in which a father of an assault victim was infuriated by the board’s ideological agenda, promoting transgenderism, and he was arrested at a meeting. He later was acquitted of charges against him.