Comedian Jackie Mason, who has been called “one of the most famous funnymen of all time,” has died at the age of 93.

The New York Post reported Mason died Saturday at Mount Sinai Hospital in Manhattan, New York, with his wife Jyll and a few friends by his side.

“We shall never see his like again. This was a mold that was broken,” Mason’s longtime friend and lawyer Raoul Felder told the Post. “We’re going to miss him.”

Felder noted how doctors and nurses attending Mason, who had been hospitalized for two weeks and three days, wept upon the comic’s death.

“They were all fans of his. They were all crying,” he said. “He was like a shooting star that comes every 100 years.”

“I think the world has lost a very unique individual.”

Mason was born as Yacov Moshe Maza in Sheboygan, Wisconsin, to Jewish parents who immigrated to America from Belarus. His family moved to the Lower East Side of Manhattan when he was 5 years old.

He became a Broadway sensation in the 1980s with his one-man show, “The World According to Me!,” and in 1968, he was banned from “The Ed Sullivan Show” after Sullivan mistakenly thought Mason gave him the middle finger as the comedian clowned about hand signals from stage managers.

Joseph Farah, editor and CEO of WND, remembered watching that moment, calling it “one of the funniest, ad lib routines I have ever seen.”

Signaled by the producers of the most important TV show in the country that he was running short of time for his routine with hand signals, Mason said: “They’re giving me the finger. Well, I’ve got some fingers for you – and you,” he said.

Mason held up various digits on his hand – never holding up the offensive middle single digit finger so many find offensive.

He assumed, from his vantage point, that Jackie Mason had flipped him the bird.

But that was it, for the time being, for Jackie Mason’s comedy career – at least insofar as network television went.

Farah also wondered why Mason was at one point in recent years accused of racism because he referred to Barack Obama as a “schwartza” – a Yiddish word for “black.”

Mason, who wrote occasional columns for WND, was fearless in mocking the biggest names in politics and media.

During a radio interview with former WND Jerusalem Bureau Chief Aaron Klein, Mason targeted Hillary Clinton, slamming her as the “biggest faker in the whole history of politics. And how she became such a hot candidate for president makes as much sense to me as Al Capone becoming the biggest crime fighter in America.”

Referring to her as “this yenta,” Mason said Mrs. Clinton “made her whole life stealing money from everybody everywhere in the world. The fact alone that she is still a free person out of jail is unbelievable.”

He continued: “Every single day they are caught with money they never even knew they had. Imagine that every time you make money you never find out about it? How do you make all that money that you don’t find out about? They send you money for nothing and somehow you didn’t even ask for it, you never worked for it, you never heard about it and all the sudden it’s in your pocket. You don’t know how it got there.”

“You know why she only wears pantsuits?” asked Mason.

In the same interview, Mason skewered “NBC Nightly News” anchorman Brian Williams, who had been recently demoted to MSNBC for making up or embellishing stories about his own life that never actually happened. 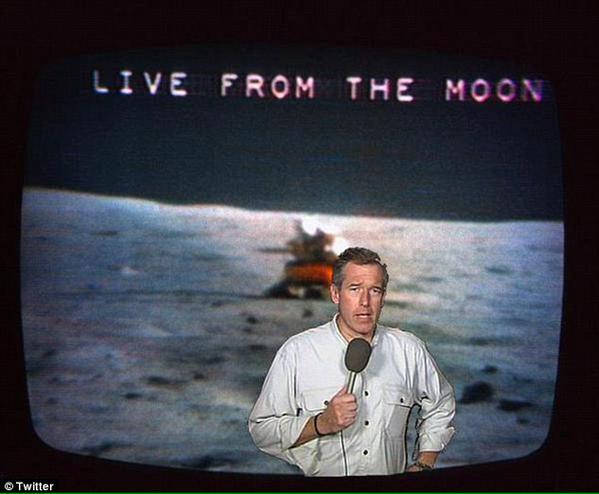 Mason jested that Williams’ exile to MSNBC is “like announcing from your own kitchen.”

“You know how many people watch MSNBC? More people are watching him make an omelette in the kitchen.”

“You see, Brian Williams is stupid. Instead of taking this job at MSNBC he should be running for president.”