Look who's heading up probe of Dems' 'weaponization' of government 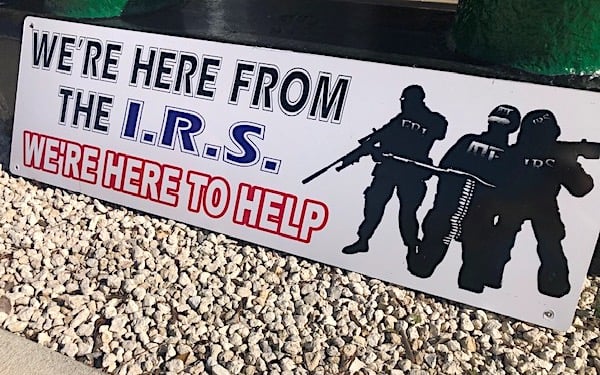 Back in the day when Nancy Pelosi was speaker of the House, she demanded a committee to “investigate” the Jan. 6, 2021, riot at the Capitol, where hundreds broke into the building and mostly caused some vandalism.

But Pelosi refused to allow Rep. Jim Jordan, R-Ohio, on that committee.

She claimed that “statements made and actions taken” by Jordan, a supporter of President Trump, would undermine the “integrity” of her agenda.

Her investigation, of course, focused solely on issues for which Democrats could try to blame Trump, and never even reviewed her own culpability for the riot, as she was at least partly managerial responsible for the security of the Capitol, and she refused Trump’s offer of additional troops to protect it.

Now Jordan, a part of the new GOP majority in the House, will be given wide discretion in what he now wants to investigate.

A report at the Post Millennial said Jordan will head up a special investigative panel to review the weaponization of the government, especially to include its attacks on President Trump.

The report said Jordan now can demand emails and correspondence between the Biden administration and big tech companies, and can review the revelations that came to light through the recent release of the Twitter Files that reveal government conspiring with social media companies to suppress information the government disliked.

One key item will be the suppression of accurate reporting about the Biden family’s overseas businesses schemes.

The FBI’s decision to interfere in the election by soliciting that suppression had an unknown impact, but it’s possible that that alone gave Joe Biden the White House.

A Media Research Center poll conducted in the days after the 2020 election found that 36% of self-described Biden voters said they were not aware of the evidence that Joe Biden was personally involved in his son Hunter’s business deals with China.

But 4.6% of all of Biden’s voters said if they had known, they would not have voted for Biden, a margin that would have changed the outcome of the election.

The Post Millennial report said Axios documented, “The probe into communications between tech giants and President Biden’s aides will look for government pressure that could have resulted in censorship or harassment of conservatives — or squelching of debate on polarizing policies, including the CDC on COVID.”

The report said the investigation also likely will include the “allegations of Russian election interference in the lead-up to the 2016 election,” allegations which now are known to have been based on made-up testimony.

Further to be investigated is the decision by the Biden Department of Justice to go after parents who objected to extreme leftist material being promoted by their tax-funded public schools.

The Post Millennial reported, “The Twitter Files showed unequivocally that the Biden administration, as well as those within the campaign leading up to the 2020 election and pro-Biden personnel in federal government, worked to suppress information that would have been detrimental to Biden. This suppression was undertaken by telling Twitter, and other tech companies, that so-called misinformation would be emerging that targeted Biden’s youngest and only living son Hunter Biden. Tech companies believed the federal employees in the FBI and law enforcement, and when the New York Post reported on allegations of influence peddling on the Biden name and shady business dealings benefiting the Biden family, Twitter censored it outright, as did Facebook.”