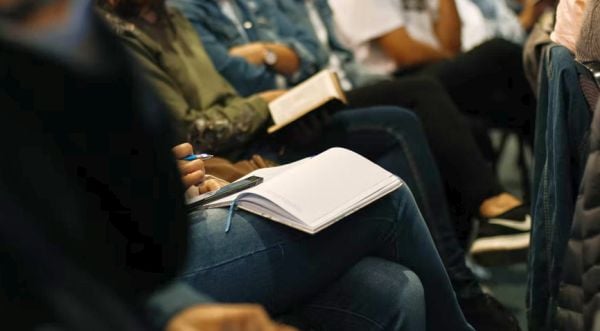 A Loudoun County, Virginia, father who was arrested in 2021 at a school board meeting – an arrest that was used by the Biden administration as reason for its political attacks on parents concerned about leftist ideologies – has been found not guilty of trespassing.

Jon Tigges had been arrested on June. 22, 2021, after he raised his objections to the school district’s “moral decay.”

He had been found guilty earlier, but now Loudoun Circuit Judge Douglas Fleming Jr. cleared him of any wrongdoing.

Fleming found Tigges not only had a First Amendment right to attend the heated meeting but also that the superintendent who shut down the official gathering last summer had no right to declare it an ‘unlawful assembly,'” according to a report in The Federalist.

Tigges said, “My thanks to God for justice.”

He was among hundreds who wanted to speak during the district’s public comment period. He intended to voice opposition to the leftist transgender policy which was being implemented by the schools.

Since then, a grand jury has blasted the school for its actions, and Supt. Scott Ziegler was fired.

It was Ziegler who had ordered upset parents to leave or be arrested, and Tigges declined to leave.

“I just felt led to realize that we could still speak,” Tigges told The Federalist during an interview about the incident last year.

“It’s a public forum, a public room. It had been scheduled until seven o’clock for people to speak. I stood up to encourage folks to stay and if they had something to say whether they were on the left or the right, didn’t matter. They’d be heard and we’d respect one another and do so and so people started doing that without any amplification at all and you could hear them fine because it was a peaceful assembly.”

Tigges’ arrest also was, the report explained, “used by the National School Boards Association (NSBA), in collusion with the Biden White House, to justify the smearing of concerned parents as ‘domestic terrorists’ who required punishment from federal law enforcement.”

In its war against parents, the association sent an “infamous complaint letter,” which secretly had been solicited by Education Secretary Miguel Cardona, to the Department of Justice. That sparked one of the Biden administration’s politicized attacks on parents who are critical of corrupt school boards and the leftist agenda points they are imposing on children.