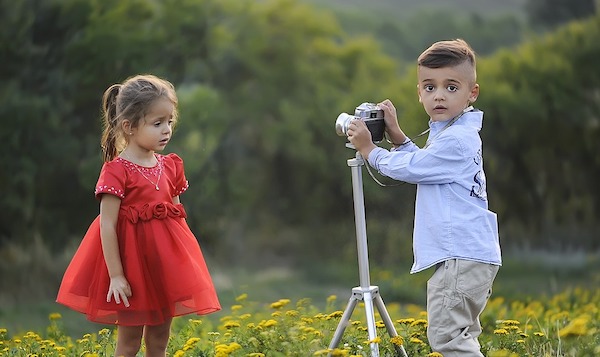 The BBC, which had created and made available a video promoting to children that there are more than 100 “gender identities,” has confirmed the indoctrination is being “retired.”

The Christian Institute reported only months ago that the video, by BBC Teach, was for children ages 9-12 and talked about alternative sexual lifestyle choices.

“The Big Talk” series featured children asking questions about sex, relationships and gender, and the answers they are given by “trusted” adults, the Institute said. “In “Understanding Sexual and Gender Identities,” the children are told that gender is “who you are inside,” but that sex is whether you are born a boy or a girl.

A “Relationships and Sex Education” teacher said, “So we know we’ve got male and female, but there are over 100, if not more, gender identities now. … You’ve got some people who might call themselves gender queer, who are just like ‘I don’t really want to be anything in particular, I’m just going to be me.'”

The Institute reported this week that the BBC now has removed the promotional material.

“While the BBC did not direct parents or children towards this material, it remained online despite guidance issued by the Department for Education last year which told schools to exercise caution when teaching about gender issues,” the Institute said.

It reported that the BBC was claiming that it was being removed because it was being “wilfully misinterpreted by parts of the media.”

The Christian Institute’s Education Officer John Denning said: “The BBC should not have used its teaching materials for schools to peddle controversial, evidence-free theories as if they were objective facts.

“Schools are forbidden from doing so: as a publicly-funded broadcaster with a duty of impartiality, it’s hard to see how the BBC can hold itself to a lower standard in the school resources it produces. But it’s good to see this resource has finally been removed.”

On social media, the BBC said, “The … film was only available on the BBC Teach website – our service for teachers to use for curriculum support. It was never aimed directly at pupils and was never intended to be used independently by them at any age, nor did it form part of our current lockdown learning offer.

“We are aware that this particular film is being wilfully misinterpreted by parts of the media and others on social media. As such, its original purpose and intention has been overshadowed. On this basis we have made the decision to retire the film.”

Response from @bbc regarding my complaint about teaching gender nonsense to children. pic.twitter.com/NsAFGNr5E5

The Institute reported “other controversial videos in the same series” also have been removed.

For example, “Respecting Myself and Others” instructed children to respect and celebrate “what it means to be gay” and threatened prison for those to were “disrespecting” transgender people.

The Institute explained, “In September, the DfE told schools in England they must not use gender stereotypes to tell children they might be transgender, and teachers were also told to present equality issues in a balanced way. On transgenderism, the guidance says: ‘You should not reinforce harmful stereotypes, for instance by suggesting that children might be a different gender based on their personality and interests or the clothes they prefer to wear. Resources used in teaching about this topic must always be age-appropriate and evidence based.”