New York Times columnist: <I>Now</I> Democrats have only 1 year to save planet 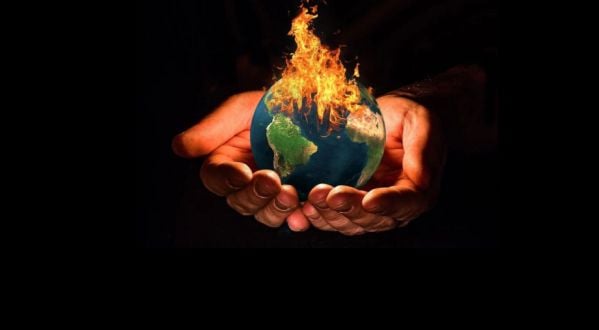 Many, many warnings – and deadlines – for extremists to “save the planet” by imposing radical green agendas have come and gone.

Now comes the New York Times, with the newest from columnist Farhad Manjoo, who blared “Democrats have a year to save the planet.”

He, according to the report in Newsbusters, “screeched” that “this could be the treat turning point – an opportunity for the United States to finally take grand action to curb the worst effects of a climate barreling toward catastrophe.”

But similar warnings, from no less than Al Gore, have come and gone – without “catastrophe.”

Manjoo claimed, “A century from now, our descendants may look back on the next year or so as a hinge in history. … Picture the saga as it unfolds across the central gallery of the Biden presidential library: In the jubilant aftermath of a pandemic, a president campaigns tirelessly for an ambitious set of investments to mitigate the next great threat. Congress, shaken into action by a restive citizenry, somehow rises to the occasion, overcoming just enough partisan resistance to adopt a breakthrough environmental agenda. The global effort to curb planet-warming emissions had been foundering, but suddenly there was new hope. The earth may be parched and sweltering, but all is not lost, for Americans finally got in the game.”

He warns without the enactment of his vision, “Despite recognizing the epic stakes in the fight against climate change, the president goes too small, capitulates too easily. Congress loses itself in petty, shortsighted rancor. The people, fearing sacrifices in our heedless indulgence, shrink from necessary change. This is a dark, dead end in the Biden library: A once mighty nation is served its toughest challenge yet, and it whiffs.”

Noted Newsbusters, “Does The New York Times ever get tired of pushing content that reeks of eco-extremism? Apparently not.”

Former Sen. John Kerry recently claimed that the world has only more nine more years to “avert the worst consequences” of the climate crisis.

“[T]he scientists told us three years ago we had 12 years to avert the worst consequences of climate crisis. We are now three years gone, so we have nine years left,” he told CBS “This Morning” reporter Ben Tracy in an interview recently, reported Breitbart News.

Kerry’s warnings of a 2030 deadline for the planet is based on interpretations of a special report in 2018 by the U.N.’s Intergovernmental Panel on Climate Change. The Guardian newspaper headlined its article on the report “We have 12 years to limit climate change catastrophe, warns U.N.” But even the report’s supporters acknowledge it doesn’t say that. It concludes that if governments want to limit global warming to 1 degree Fahrenheit above today’s levels, they must reduce greenhouse gas emissions by about half by 2030 and to net zero by around midcentury.

But then, in 1992, at the Rio Climate Summit, activists said the world had only 10 years to get global warming under control.

The tipping-point warning isn’t new, as British scientist Philip Stott shows in a summary cited by Marc Morano in his book “The Politically Incorrect Guide to Climate Change.”

“In essence, the Earth has been given a 10-year survival warning regularly for the last fifty or so years. We have been serially doomed,” Stott said. “Our post-modern period of climate change angst can probably be traced back to the late-1960s, if not earlier. By 1973, and the ‘global cooling’ scare, it was in full swing, with predictions of the imminent collapse of the world within ten to twenty years, exacerbated by the impacts of a nuclear winter.”

Kerry’s warnings seemed to lose some of their impact because of his continuing travel by private jet. In his last year as secretary of state, he boasted of traveling more than 1 million miles over three years.

Spewing an estimated 302 tons of carbon, he spent more time flying in those three years than the average American would in 50 years, noted Daniel Greenfield in a FrontPage Magazine column. Americans would have to burn 100 tons of coal to match Kerry’s CO2 emissions, he said.

Kerry justified his choice of travel after flying in his private jet to Iceland to receive an environmental award.

“It’s the only choice for somebody like me who is traveling the world to win this battle,” he boasted after a reporter confronted him with the issue.

Another famous environmentalist jetsetter, Bill Gates, has “pleaded guilty” to his climate sins.

“It’s true that my carbon footprint is absurdly high. For a long time I have felt guilty about this,” the Microsoft billionaire said in an interview reported a week ago by the London Guardian.

Not many people seem to be excited about the latest climate-change prediction by Prince Charles.

More than two years ago, he claimed world leaders have only 18 months to act.

“I am firmly of the view that the next 18 months will decide our ability to keep climate change to survivable levels and to restore nature to the equilibrium we need for our survival,” he said in 2019.

But it’s not his first warning of doom. In 2009, he declared the “tipping point” would come in 100 months, a little more than eight years. He then extended the deadline in 2015, noted Climate Depot.

Elizabeth May of the Canadian Green Party said in 2009, “We have hours” to prevent disaster.

And then-U.K. Prime Minister Gordon Brown claimed that year there were only 50 days left to “save world.”

Also in 2009, NASA’s James Hansen declared President Obama only “has four years to save Earth.”

In 1982, U.N. official Mostafa Tolba said “within a couple decades” it would happen.

Just at the beginning of the last Congress, newcomer Rep. Alexandria Ocasio-Cortez, D-N.Y., made the wild claim that unless global warming is addressed, the world has only 12 years left.

“And I think the part of it that is generational is that millennials and people, in Gen Z, and all these folks that come after us are looking up and we’re like, the world is gonna end in 12 years if we don’t address climate change,” she said.

That’s not likely if history is a reliable guide, according to Morano, who points to similar warnings dating back 150 years.

He quotes an MIT professor who said: “As early as 1864 George Perkins Marsh, sometimes said to be the father of American ecology, warned that the earth was ‘fast becoming an unfit home for its ‘noblest inhabitant,” and that unless men changed their ways it would be reduced ‘to such a condition of impoverished productiveness, of shattered surface, of climatic excess, as to threaten the depravation, barbarism, and perhaps even extinction of the species.'”

Morano cited British scientist Philip Stott saying the earth “has been given a 10-year survival warning regularly for the last 50 or so years. We have been serially doomed.”

.@AOC on millennials and social media: “We’re, like, the world is going to end in 12 years if we don’t address climate change” pic.twitter.com/HjhbVyfFN4

NASA warned Barack Obama in 2009 that he “had four years to save the world.”

“But in 2012, the U.N. gave Obama and planet Earth another four year reprieve,” Morano said.

Former Colorado Sen. Tim Wirth, a Democrat, said 2012 was Obama’s “last window of opportunity” to get it right.

Others have pushed the tipping out further into the future. “Michael Mann weighed in with his 2036 Mayan calendar type deadline. … Other global warming activists chose 2047 as the key date. … Finding no date agreement, 20 governments chose 2030 as the scary deadline,” the report noted.

Reuters said more than 100 million people “will die and global economic growth will be cut by 3.2 percent of GDP by 2030 if the world fails to tackle climate change, a report commissioned by 20 governments said.”