The FBI is “cooking the books” to portray supporters of former President Trump as the nation’s No. 1 domestic terrorism threat, contend critics.

Newsweek featured a story Tuesday titled “FBI Ramps Up Spending to Fight MAGA Terrorism,” referencing the “Make America Great Again” theme of Trump’s term in office. The magazine said that according to FBI documents and government specialists, the bureau “is conducting three times as many domestic terrorism investigations than it was five years ago, with 70 percent of its open cases focused on ‘civil unrest’ and anti-government activity.”

A senior FBI officials told Newsweek the bureau “isn’t partisan per se, though it finds itself investigating mostly MAGA and related political activity as domestic terrorism.”

The official said “right-wing-oriented” suspected terrorists account for more than 80% of all cases in the anti-government category.” The rest, the official said, “are associated with left-wing grievances or indeterminate political origins.”

Investigative reporter Julie Kelly, who has focused her work over the past two years on Jan. 6, noted that Rep. Jim Jordan, R-Ohio, wrote a letter to FBI Director Christopher Wray in July citing FBI whistleblowers. They charged that bureau officials were “pressuring agents to reclassify cases as ‘domestic violent extremism’ even if the cases do not meet the criteria for such a classification.”

“Given the narrative pushed by the Biden Administration that domestic violent extremism is the ‘greatest threat’ facing our country, the revelation that the FBI may be artificially padding domestic terrorism data is scandalous,” Jordan wrote. 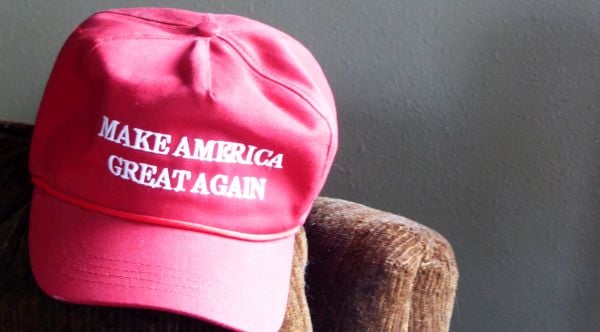 Kelly noted that Wray has been making the “greatest threat” claim for the past four years while refusing to back it up with any statistics.

It’s because no data support it, she wrote.

“We now know the bureau is fudging the numbers to justify Wray’s accusations – intended to help Democrats and hurt Republicans, of course – in another blatant political move by FBI,” said Kelly.

“What Wray is doing is forcing 56 field offices to label any Jan. 6 arrest as a domestic terror incident – even tho overwhelming majority of charges are misdemeanors and nonviolent felonies like obstruction.”

That’s “cooking the books big time,” Kelly wrote, “but even with that sleight-of-hand” the FBI has come up with only 2,700 cases of “domestic terror” in a country of more than 330 million.

‘Elevated threat to the Homeland’
Newsweek said the “effects of January 6 on the FBI’s domestic terrorism work cannot be overstated.”

The online magazine quoted Attorney General Merrick Garland saying that during Biden’s “first week in office, he directed the Administration to undertake an assessment of the domestic terrorism threat.”

The assessment concluded domestic violence extremists, or DVEs, posed “an elevated threat to the Homeland.” FBI domestic terrorism investigations increased “significantly” in 2021, according to Wray, who told a congressional oversight committee that the threat was “metastasizing across the country.”

“We’ve surged personnel,” Wray said this year, “more than doubling the number of people working that threat from a year before.”

At the end of the lengthy piece, Newsweek observed that the “questions relating to domestic terrorism” have become “more politicized.”

“Who is a terrorist? Is the government going after the right wing? Is it stifling free speech? – the FBI has also made administrative changes that skew its own numbers,” Newsweek said.

A senior FBI official who wrote to Newsweek put the government’s figures in perspective.

“A couple of thousand domestic terror investigations just doesn’t constitute a threat to the country, or to democracy,” the official said. “Of course violence is unacceptable, but it is also just a crime. We don’t need to label Americans who break the law or who brandish guns or who oppose the government as terrorists, and to do so, [that] places the FBI in the middle of a larger sickness tearing at our society.

“Scratch the surface and the number of Americans who want to overthrow the government or even weaken democracy is tiny,” says the senior government official. “But the numbers give a wrong impression, when it is just the bureaucracy doing what it does best – serving its own interests.”