NOW we know how classified docs got loose in Biden's garage! 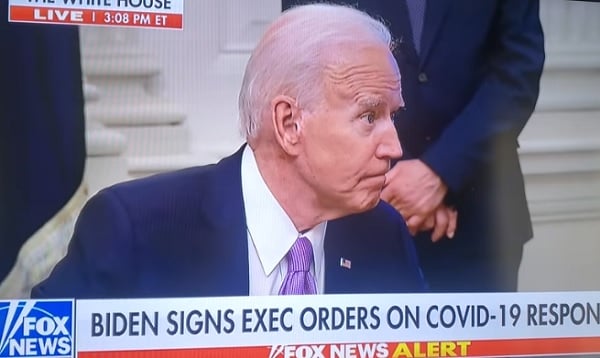 Joe Biden has been hit with a new scandal – perhaps one of the most serious yet after earlier suggestions the family was selling access, was profiting from deals with enemies like China, and trying to keep it all secret.

This time is charges that he had classified government documents – illegally – in an office he used for a time at a foundation and, believe it or not, in a garage at his Wilmington, Delaware, home sitting next to his collectible Corvette.

One commentator, Tucker Carlson, already has suggested that this is the way the Democrat Party, which apparently doesn’t want him on the ticket in 2024, is beginning to move him off the political stage.

But now there’s been a revelation that explains just who is at fault, who put the documents there, in an unsecure and illegal location.

They somehow accessed the classified documentation from when Biden was vice president for Barack Obama, took them, or copied them, then broke into Biden’s home (which has been under the guard of Secret Service for years) and “planted” them … goes the conspiracy theory.

That word comes from Rep. Hank Johnson of Georgia, according to a report from The First TV.

The Democrat is “best known for believing that the island of Guam could tip over if there were too many U.S. troops stationed on it,” the report noted.

His “interesting theory as to why classified documents were found at President Joe Biden’s home in Delaware and private office in Washington D.C.” is that they were “planted” so they could be “discovered conveniently.”

“My response to it all is that alleged classified documents showing up allegedly in the possession of Joseph Biden, there’s so much that needs to be investigated. But I’m suspicious of the timing of it. I’m also aware of the fact that things can be planted on people…Things can be planted in places and then discovered conveniently. That may be what has occurred here. I’m not ruling that out,” he speculated.

His thought process, the “tall tales” as the report explained, also was being duplicated by Joy Behar, one of the intellectual influencers of ABC’s The View.

She suggested, too, that the Republicans are “responsible” for the documents being handled illegally.

“Just as we’re this close to getting him, somehow these documents appear!” she charged. And so-host Sunny Hostin added, “Does it feel like oppo-research to you? Does it feel like the Republicans are behind it?”