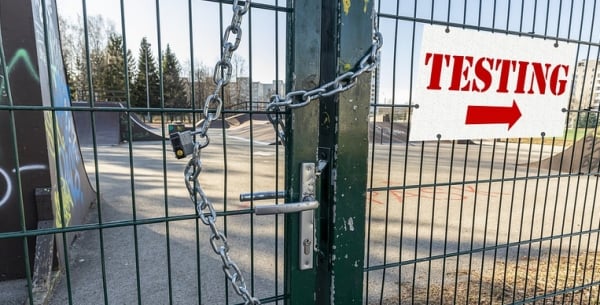 The World Health Organization has officially acknowledged that the “gold standard” test used to diagnose COVID-19 has a high rate of false-positives that make it unreliable.

In an advisory to lab workers issued Jan. 13, the WHO recommends a second test to confirm any diagnosis for people who aren’t showing any symptoms of the disease.

“Where test results do not correspond with the clinical presentation, a new specimen should be taken,” the guidance says.

The WHO warns that most PCR tests “are indicated as an aid for diagnosis,” meaning health care providers should consider at least seven other factors to confirm any test.

PCR positive is no longer = Covid. You are not Covid now unless you get a second test to confirm it, and are presenting clinical symptoms. We shall see what the net impact of this indeed is.

A study released last April by researchers from Cornell University and the University of Hawaii found the “evidence shows that false positive PCR results are common enough to impact clinical and policy decisions.”

It noted that in each of the major epidemics prior to COVID-19 since 2000, the WHO and the Centers for Disease Control were concerned about the high rates of false-positives from PCR tests and issued guidelines to minimize the problem.

In August, the New York Times examined PCR testing data in three states and found “up to 90 percent of people testing positive carried barely any virus” and, therefore, were not infectious.

Experts who spoke to the Times said they couldn’t understand why such cases were classified as infections.

“Some of the nation’s leading public health experts are raising a new concern in the endless debate over coronavirus testing in the United States: The standard tests are diagnosing huge numbers of people who may be carrying relatively insignificant amounts of the virus,” the Times said.

Turns out during all 4 epidemics prior to COVID-19 since 2000, CDC & WHO were concerned about the high false-positive rates for PCR tests & issued guidelines to try and minimize them. But for C19, both somehow forgot all about PCR false-positive rates.🤔https://t.co/XC4w46G62V pic.twitter.com/xfxXedyt9j

White House coronavirus adviser Dr. Anthony Fauci – who President Joe Biden says will have a more prominent role in his administration – has admitted PCR tests pick up harmless fragments of the coronavirus that produce many false-positive cases that result in overstating the threat, WND reported in December.

The issue with PCR tests – short for polymerase chain reaction – is the “cycle threshold” at which they operate. The test multiplies a virus fragment over a series of cycles until it can reliably detect the virus within a sample. The more cycles needed to detect the virus, the smaller and weaker the original sample was.

That means detecting a virus in a person after a high number of cycles, resulting in a “positive case,” is relatively meaningless, because the person won’t get sick and is not infectious.

Fauci acknowledged in a July podcast interview that resurfaced in December that at 35 cycles or higher, the chances of the test being accurate are “minuscule.”

“It’s very frustrating for the patients as well as for the physicians,” he said, when “somebody comes in, and they repeat their PCR, and it’s like [a] 37 cycle threshold, but you almost never can culture virus from a 37 threshold cycle.”

“So, I think if somebody does come in with 37, 38, even 36, you got to say, you know, it’s just dead nucleotides, period,” said Fauci, the top White House coronavirus adviser.

He pointed out that patients usually are not told their cycle threshold after testing positive.

See Fauci’s remarks about PCR tests in the video podcast:

The critics wrote in their peer review: “We are confronted with stringent lockdowns which have destroyed many people’s lives and livelihoods, limited access to education and these imposed restrictions by governments around the world are a direct attack on people’s basic rights and their personal freedoms, resulting in collateral damage for entire economies on a global scale.”

A briefing published by four British scientists concluded PCR testing is “distorting policy and creating the illusion that we are in a serious pandemic when in fact we are not.”

“A false positive pseudo-epidemic is a well described phenomenon in the medical literature which results in an exponential rise in diagnosed cases and deaths but no excess deaths,” the researchers wrote.

The Alaska Department of Health and Human Services said in an informational document that most of its PCR tests utilize cycle thresholds of 37.

In Florida, the Department of Health under Republican Gov. Ron DeSantis issued an order in December requiring all labs to report cycle thresholds.

Doctor: Lockdowns based on ‘faulty testing’

A physician from Omaha, Nebraska, testified to the Papillion, Nebraska, City Council on Dec. 1 that “we’re basing all of these lockdowns, these restrictions, these mandates, on faulty testing.”

“In other words, we don’t have a pandemic of people falling over dead,” he said. “What we have is a pandemic of false positives.”

He explained that the PCR test was not meant to be diagnostic.

“Anyone can test positive for practically anything with a PCR test,” he said. “If you run it long enough … you can find almost anything in anybody. It doesn’t tell you that you’re sick.”

MUST WATCH (edited):
– Dr. Tapper, NB:
– I mean no disrespect, I am a Dr of integrity
– we have a pandemic of false positives
– PCR Test wasn’t meant to be diagnostic, it’s a DNA grab
– Need symptomatology
Very credible! Pls Retweet#NoMoreLockdowns.Org#cdnpoli #onpoli #topoli pic.twitter.com/vL2BDgZTsn

The Infectious Diseases Society of America’s most updated guidance recommends that only people with symptoms get tested for influenza.

Sweden has based its policy of not imposing lockdowns, masks and universal testing on its belief that asymptomatic spread “accounts for a small proportion” of COVID-19 cases.

WND reported in December a study published by the peer-reviewed journal Nature found no transmission of the coronavirus among people in close contact with asymptomatic patients.

The study in Wuhan, China, identified 300 asymptomatic coronavirus cases and followed 1,174 of their close contacts. None of the contacts tested positive for COVID-19.

“Compared with symptomatic patients,” the researchers said, “asymptomatic infected persons generally have low quantity of viral loads and a short duration of viral shedding, which decrease the transmission risk of SARS-CoV-2.”

Being asymptomatic is not the same as being presymptomatic. An asymptomatic carrier is infected with the virus but never displays symptoms. Presymptomatic describes a phase in which a person has yet to show symptoms and can transmit the virus.