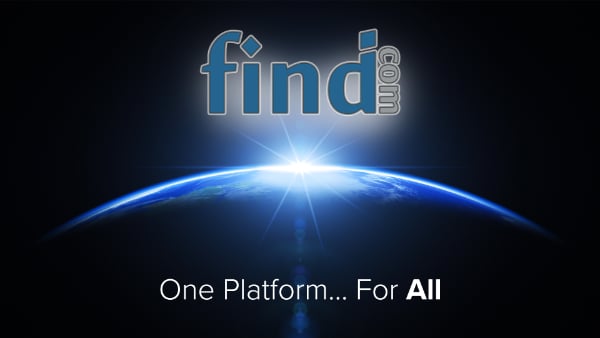 Emphasizing free speech and privacy, a tech entrepreneur who has been developing a search engine for the past decade plans to roll out a platform that will include the features of Google, Facebook, YouTube and Twitter.

Find.com, says Jeffrey Sisk, will begin with a messaging platform similar to Twitter then add the search, social networking and video features, putting them together in one app.

“It’s the convergence of an amazing brand name, innovative technology and a public that is desperate to find any new way to help win this war on truth,” he told WND.

Sisk said he is inviting the millions of Americans who are seeking an alternative to the Big Tech giants to join him in funding the venture.

He’s launched a GoFundMe page in which he explains his vision.

“We are committing to you now that we will forever support the core values enshrined in the Bill of Rights,” he says in the GoFundMe description of the project. “As a platform, yes, we will remove content that contains the obvious bad things, such as graphic violence or pornography. But we will always support constitutionally protected free speech and the First Amendment. That is our firm commitment to you, the American public.”

After the funding comes in, he said, he plans to launch Find.com’s public messaging platform in the first couple of months.

The additional services will be added later this year, he said.

‘I was Parler before Parler’

The search engine is the culmination of a decade of development.

Zeekly offered encryption services to keep personal information private, and it didn’t retain search histories. The new search engine he plans to launch will have those features but will be significantly improved.

Sisk told WND that Zeekly “took off like a rocket,” with millions of pageviews and positive feedback from users. But four months later, it was demonetized by Google’s ad network and several others.

And a short time later, it was blocked at the internet router switch points, the backbone of the internet. Sisk said that information came from a “top tier executive for one of the nation’s largest internet service providers.”

“I was Parler before Parler,” he told WND, referring to the Twitter alternative adopted by conservatives that was knocked offline last month by its host, Amazon Web Services.

“Conservatives, Christians, Trumpists and others are quickly losing their freedom of expression,” said Joseph Farah, editor and publisher of WND. “It’s time to take a chance for this great country, our children and our heritage. This may be it. We must take a shot. I trust this man to deliver the goods.”

‘A much bigger enterprise’

In 1999, Sisk developed the job-search site PhysicianWork.com, which led the market and operated at a 68% profit margin.

Through his company, StaffMD, he built all of the software for PhysicianWork and did the marketing and branding.

In 2011, he merged his company, StaffMD, with a public company called Generation Zero Group, which owned the name Find.com.

He began researching search engine technologies, so when the Snowden revelation came in June 2013, he was able to quickly launch Zeekly.

In October 2015, after consulting with a number of high-profile YouTube creators, he launched Zeekly TV. It took off, like Zeekly, with millions of views. But after five months, it was hit with severe denial of service attacks from an unknown source, which took down the server.

Sisk said much was learned from those experiences.

“Today, the technology exists to protect the servers, but it costs a lot to do that and to handle the traffic loads,” he said.

“That’s why it has to be a much bigger enterprise.”

From 2016 to 2019, Sisk was the CEO of SWANsat, which is developing a system that carries cell service, high-speed internet and digital TV from a constellation of telecommunications satellites and high altitude platforms.